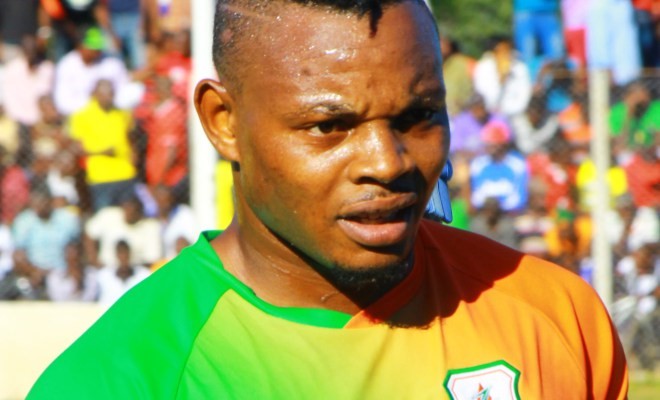 The 22-year old striker has spent one year at Nkana FC. He is reported to have signed a two-year contract with the Sudanese club.

Nkana FC is currently preparing to compete in the CAF Champions League after finishing runners up in their 2018 FAZ Super Division campaign.

Meanwhile Nkana FC chief executive officer Charles Chakatazya said Kalampa regrets Mbombo’s depature but have adequate cover for the man who scored 21 goals this year. He added that the striker helped the team and his service shall be missed.

Among the cover ups left for Nkana include; Festus Mbewe, Bornwell Mwape, Francis Kombe and many more.

Mbombo played for Kabwe Warriors in 2015 where he netted over 22 goals to aid the Football Club in their quest for promotion in 2015, he gained cult hero status at the club despite staying there for only a single season.

The Congolese forward once gave an impertinent gesture to ZESCO fans after scoring for them, he later apologised and was recalled to Kabwe Warriors from ZESCO United in 2016.

He later signed a contract with Nkana Football Club on January 15, 2018.

A University of Zambia don says there is need for Zambia to identify important issues, events and individuals in the post-colonial era that are...