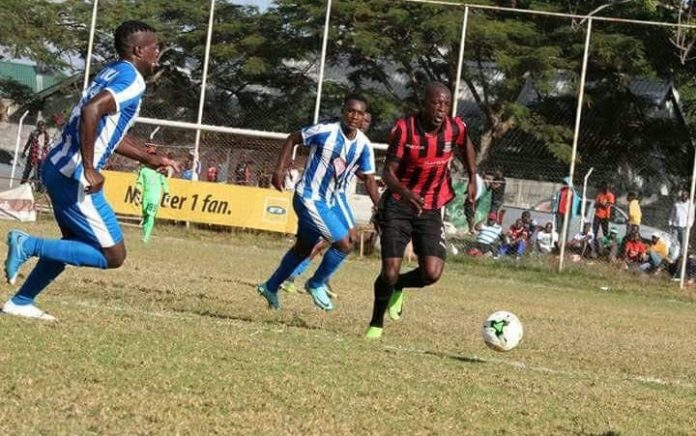 Kabwe Warriors is geared for the top position in the  Football Association of Zambia (FAZ)  Super League after beating ZANACO 1-nil in a league match played at Sunset Stadium in Lusaka last Saturday.

Kabwe Warriors played a tactical game against ZANACO which saw them scoring in the 37th minute when Okutu Emmanuel taped in with the help of Laison Thole.

Zanaco tried to come back in the second half by hitting the goal post twice, but Kabwe Warriors  were ahead of them and managed to hold them back shattering their only chance for a draw.

“we played exactly the way our coach told us, he studied them very well and thankfully it worked out and we managed to frustrate ZANACO,” Mwachaba said.

He noted that the game was highly tactical as both teams fought tirelessly.

“We avoided committing too many fouls in dangerous areas and it took good team work  which saw us putting pressure on our opponent by not letting their wingers see much of the bal,l” he added.

Kabwe Warriors have moved to third position with 24 points and they will host Napsa Stars come Wednesday 30th May at the Railway Stadium.