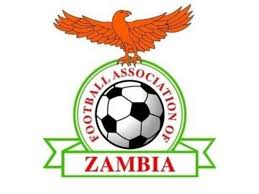 Football Association of Zambia(FAZ) President, Andrew Kamanga has disclosed that within two weeks a new coach for the Senior National Soccer team will be appointed to replace Wedson Nyirenda, who resigned on Thursday, last week.
According to a report filed by the Zambia Daily Mail on May 28, 2018, Kamanga said his association  convened a meeting following the resignation of Nyirenda to decide who will take over as the next coach.

“How can you predetermine who should come here? The matter has been sent to the technical committee which will will meet this week and deal with it,” he said.
Meanwhile, Kamanga expressed displeasure over the various speculations that are being peddled on social media regarding the coaches that have applied for the vacant coaching job.
“We don’t like speculation, we have not even advertised the job.

During our meeting on Saturday we did not mention any name of a coach, rather we said the matter will be dealt with by the technical committee,” clarified Kamanga.
Several coaches have expressed interest in the vacant Chipolopolo coaching seat with former Coach  Dario Bonetti and Assistant Irfan Kawri being the notables..

The Ministry of Health has announced that the condition of the 3-year-old boy who was found with 44 needles embedded in various parts of...