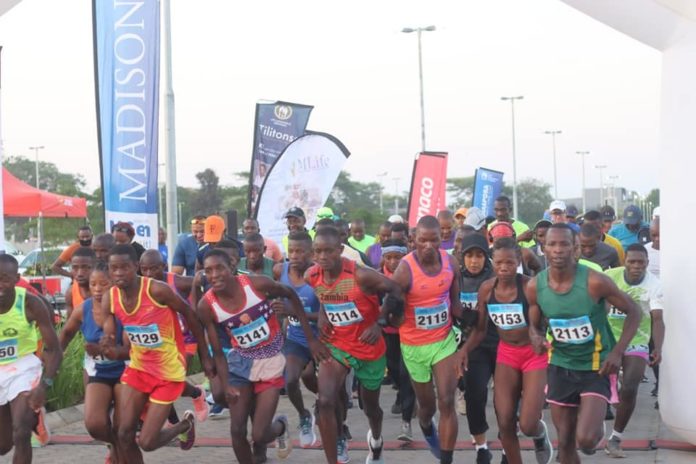 In an interview with Lusaka Star, ZA Secretary General Davison Mungambata said a total of 14 athletes are already in camp at the Olympic Youth Development Center (OYDC) in preparation for the championship that will be held between June 8 and 12, 2022.

“We did not hand pick the 14 athletes, but we used timetronics and those that managed to beat the standard time set by the world athletics board, qualified to be picked so as to make the team,” Mungambata said.

He disclosed that the Zambia Correctional Service (ZCS) contributed seven athletes to the Mauritius-bound national team after emerging overall champions at the 2022 Inter Company Relay held on May 8, 2022 in Lusaka.

Mungambata further thanked OYDC for coming to the aid of his association by allowing its athletes to use OYDC lodge on credit.

” Zambia Athletics has not yet been allocated funds for the championship in Mauritius as the budget is still with the Ministry of Youth and Sports,” the secretary general said.

When the finish line of tertiary education is within range, the thought of what final year university students would like to do with their...

Chimbokayila prison demand more support for football at the penitentiary