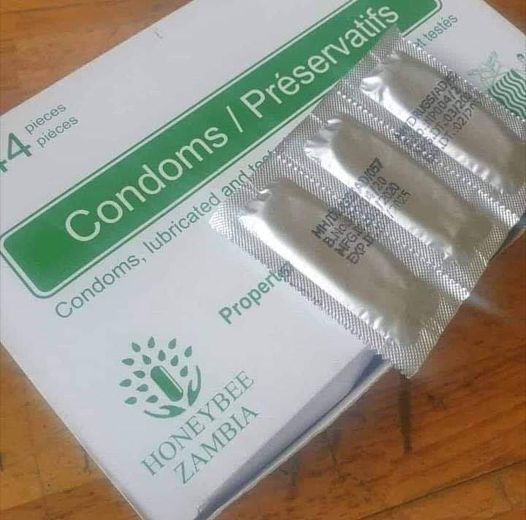 The National AIDS Council (NAC) has said that defective condoms on the market will have a negative impact on the fight against HIV in Zambia.

In an interview with Lusaka Star, NAC Director Dr. John Mwale said the prevailing attitude will now be that all condoms on the market are unsafe for use.

The perception at community level is that all condoms in circulation are defective; which is not the case. As a result there will be even less condom use in the communities.

Dr. Mwale added that the use of condoms in the country has been a challenge, citing stigma associated with condom use as a major factor.

Condom use is one of the oldest methods used in HIV prevention, and it plays a dual role of HIV prevention and pregnancy prevention. The huge challenge has been in stigma associated with the use of the condom,

Dr. Mwale further said young people struggle to access condoms and other methods of birth control, if they are under 16 years of age; which is the age of consent in Zambia.

According to the 2018 Zambia Health Demographic Survey, 35% of women, and 54% of men used condoms in their last intercourse with a non-marital partner.

Dr. Mwale also explained that attitudes and knowledge concerning HIV/AIDS have actually reduced, according to a geospatial analysis that NAC conducted.

According to the analysis provided by the doctor, less than half of adolescents have comprehensive knowledge of HIV/AIDS, translating to 42% among girls and young women and 39.9% among boys and young men.

As a result, Dr. Mwale has called for better communication concerning HIV/AIDS, particularly among adolescents, by using innovative means to reach out to the public.

Starting in the first quarter of 2021, we are trying to make sure we use platforms that are friendly to young people and are friendly to elders. Because as a result of low comprehensive knowledge on HIV, we are seeing an increase in new infections.

However, University of Zambia (UNZA) Response Programmes Manager Ganizani Mwale said there has actually been an increase in condom use among students in the community.

Mr. Mwale said the positive uptake of condom use at UNZA has been due to the sensitization programs that UNZA Response carried out.

He has however called for more effort in the fight against HIV.

The fight against HIV should not only be in the clinic but it should involve all stakeholders. We can improve the approach by involving all the different schools [at the university].

By now we should be looking at the solutions we have come up with and continue to sensitize people on issues to do with STIs, menstrual hygiene, reproductive health and other pieces of information.

Mr. Jere added that in tackling these conversations, people should be able to have open conversations that are free from taboo.

We need to address these issues, especially with the youth who are the ones engaging in sexual activities. We need to deliver this information in a way that is appealing,

The Ministry of Health, through Medical Stores Limited distributed a batch of defective condoms onto the market. The condoms were supplied by HoneyBee Pharmacies.

The Zambia Roll Ball Federation (ZRBF) has officially been launched at the University of Zambia (UNZA) in Lusaka to promote roll ball and roller...