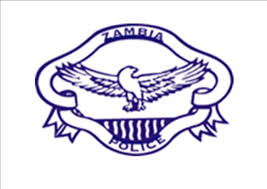 The Zambia police (ZP) service has issued a 14 year jail term warning against the perpetrators who have been gassing innocent civilians across the country.

Meanwhile, Ms Katongo stated that a total of 50 people have been apprehended in Lusaka’s Matero for idle and disorderly conduct after arming themselves with offensive weapons under the pretext of patrolling against criminals in the community.

She added that the illegal patrol gangs in Matero are suspected to have lynched three people in separate incidences in Matero’s Katambalalala, Zingalume and Hill side area.

We have observed that criminals are now taking advantage of the insecurity in communities as a result of alleged acts of chemical spraying.

One of the incidences that occurred in Hill side area ended in the death of a male adult at Matero level 1 hospital identified as ‘Emmanuel’  who is believed to be between the age of 40-45.

The police urged members of the public to always examine situations as failure to do so will lead to criminals using them to advance their criminal acts.

The Football Association of Zambia (FAZ) has disclosed that it has drafted a code of conduct that will enable its secretariat to immediately sanction...