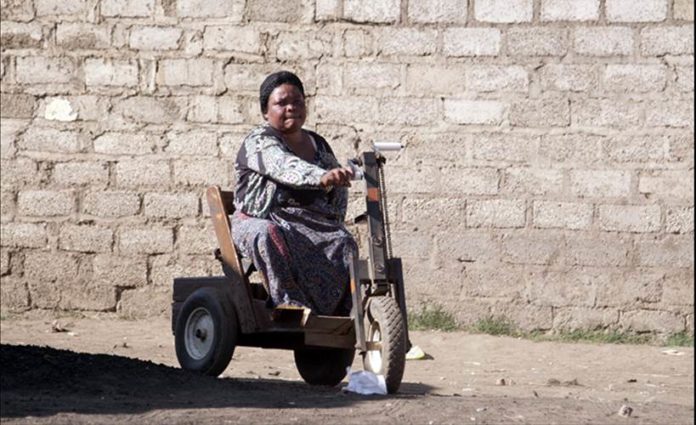 Zambia Union for Persons with Disabilities (ZUPD) President Pascal Mulenga has said that the union is disappointed with the number of disabled women who are still not recognized especially in national affairs and International celebrations like the International Women’s day. He said that it is disappointing to note that after 53 years of celebrating women in Zambia despite vigorous campaigns and constant workshops with various stakeholders nothing much has been done.

He stated that he is also disappointed with the Central Statistics Office (CSO) for not coming up with the approximate figures of disabled women in the country. “This would have helped the government on how they can address and allocate resources for women with disabilities. He also said that there is a lot of negligence and lack of concern on women who are disabled. He further stated that women with disabilities in Zambia are still regarded as people requiring charitable response. He stated that any woman whether disabled or not is important in the decision making processes of the country.

Mr. Mulenga said that the responsibility for supporting these women has fallen on the family and not government or societal intervention as it’s supposed to be and if it is, it’s often through welfare policies which should not be the case. Very little commitment has been shown at national level to addressing the general unequal status of disabled women in the Zambian society. “Few physically challenged women participate in national celebrations like Women’s day as compared to the able bodied,” he said.

“Women who are disabled are more vulnerable than the able bodied,” he said. It is easy for a woman who is disabled to be victimized than one who is not. He said there is a law that was adopted by the United Nations called Convention on the Rights of persons with Disabilities on the 13th of December 2006, opened for signatures in 2007, came into force in 2008 and that it was adopted in Zambia in 2012.

However he said that the even if the law was passed, it has not been effective to support the rights of the disabled. “There are a lot of organizations that finance us temporarily and are not consistent to make these initiatives effective.” Mr. Mulenga said that the resources are not enough for equal rights and opportunities, they need various stakeholders to play a leading role in order for these equal rights to be attained.

On the other hand Executive director for Zambia Deaf Youth and Women Frank Musukwa said that society is slowly turning to a more inclusive and accommodating one for women with disabilities in political, economic and generally social involvement. “We have a number of women with disabilities appointed in leadership positions, others are self-made stories,” he said. He said that there are the likes of Catherine Kaseleti in Livingstone who is spear heading a strong disabled people organization. We also have Julien Mwape board chairperson of the Zambia Agency for Persons with Disabilities (ZAPD).

He concluded to say that the onus is with persons with disabilities or women with disabilities in particular to work extra hard in school, businesses as well as workplaces to prove their great potential to be powerful contributors of national development. He further recommended all employees and policy makers to take into serious consideration all aspects of disability.

Zambia and the rest of the world celebrates the International Women’s day on the 8th of March every year to recognize women and their achievements, love and respect of social, economic, political, spiritual, cultural and moral structures of the society.

Over a 30 year period, the world has made remarkable progress in terms of findings and development of mining industries and issues to deal...