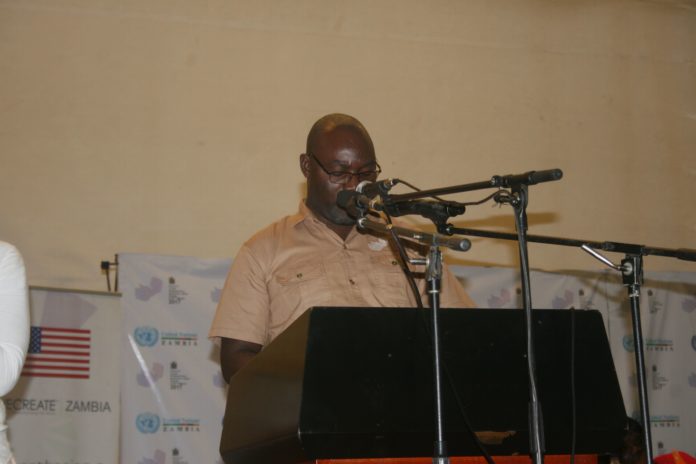 Minister of Youth, Sport and Child Development Moses Mawere says the rate at which new employment opportunities are being created is very low due to technology leading to most jobs that could be done or performed by people.

Speaking during the official opening of the 2017 national youth forum and young entrepreneurs and innovators exhibition the minister noted that new technology has contributed to unemployment stating that entrepreneurship development becomes critical for employment creation.

The minister also said that he was delighted to announce that the exhibition had attracted 53 youth entrepreneurs that exhibited products and services.

He also noted that the exhibition had also brought on board other government institutions providing a range of services to the public.

“The Zambia Public Procurement Authority, The Patents and Company Registration Agency and the Citizens Economic Empowerment Commission are the institutions that will offer on-the-spot advice and services on doing business in Zambia to our youth during the exhibition,” Mr. Mawere said.

Mr. Mawere further stated that the national youth forum was organized to provide a platform for government and cooperating partners to engage the youth with a view of accelerating implementation of the 2015 national youth policy and the action plan for youth empowerment and employment.

He also stated that the forum had attracted 200 participants from all works of life and from all the ten provinces.

Speaking at the same event, Regional Director of the United Nation’s Education Scientific Cultural Organization (UNESCO) Professor Hubert Gijzen said that the goal of reaching the Agenda 2030 and the Sustainable Development Goals is not by individuals, individual organizations and countries but by building inclusive societies.

He further stated that the youth are the key asset in any society but that the benefits will only be engaged not as a target audience but as full participants in shaping the future. Professor Gijzen stated that the youth forum had come at a time the world had embarked on an ambitious new global agenda.

“The 2030 agenda and its 17 sustainable development goals represent the most ambitious and comprehensive commitment the international community has ever made to achieve 3 extraordinary things which are to end extreme poverty, fight inequality and injustice and to protect our planet.

In his concluding remarks the Professor highlighted that wisdom, energy , dedication, skills and aspirations are what will steer societies towards a more sustainable and peaceful future.

This week Zambia is celebrating the 2017 National Youth Week under the theme: “Unity and innovation for a smart Zambia.”

The Ministry of Tourism and Arts says Zambia has witnessed positive growth in the tourism sector with the coming of international hotel brands...