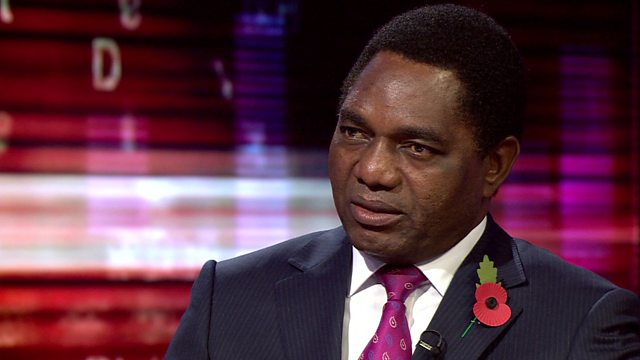 Newly elected President Hakainde Hichilema says his administration has inherited an “empty treasury” after discovering that “horrifying” amounts of money have been stolen by the previous Patriotic Front government.

President Hichilema said that officials from the previous government are still trying to make last-minute movements of funds which are unauthorized, even after more than two weeks since the election.

In an interview with the BBC, President Hichilema said that former President Edgar Lungu’s government had not fully disclosed the scale of Zambia’s debt, describing the country’s treasury as “literally empty.”

The hole is much bigger than we expected,

There’s been a lot of damage, unfortunately.

He has however, promised that his government will take a zero tolerance approach to corruption and soon get to the bottom of the illicit movement of funds.

I don’t want to pre-empt things but what we are picking up is horrifying,

You’ll feel nobody can do a thing like that but it’s being done. People have done it. They are still trying to do things now.

The President added that his government is also committed to restoring Zambia’s credibility amongst lenders, following the disastrous tenure of the PF which saw the country default on its foreign debts.

The president said his government will further engage the Chinese government, which he is confident will understand that his government has inherited a difficult situation.

There are early signs that Zambia’s economy is starting to recover, with the Kwacha surging 21 percent against the dollar since Hakainde Hichilema became president.

Foreign investors are now flocking to buy up Zambia’s debts, with the Bank of Zambia raising K2.5 billion at a bond auction.

Government has said that Luanshya Copper Mines (LCM) has responded positively to the two letters it was issued last month concerning the re-opening of...