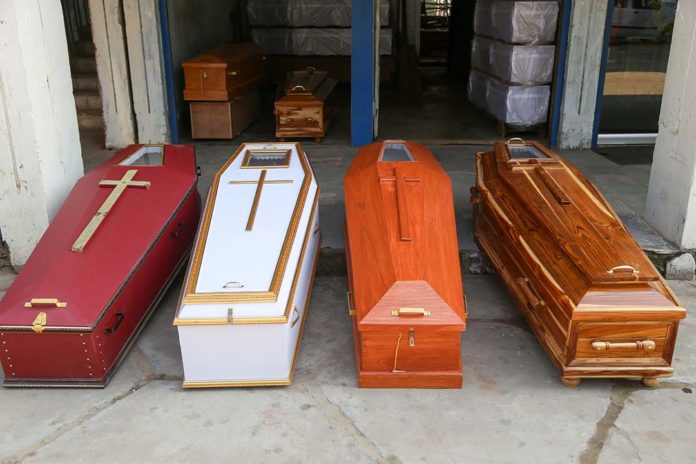 Coffin sellers in Lusaka have expressed displeasure at Lusaka Mayor Miles Sampa’s directive that they should stop trading from the University Teaching Hospital.

The order came after various patients complained that the sight of coffins at the hospital mortuary was traumatizing and depressing patients, thereby making it hard for them to recover.

But some coffin traders talked to by the Lusaka Star argued that the reasons advanced by those wanting them out of the place are unfounded, further contending that they have trading shelters and the hospital is demarcated by a wall fence.

Muchimba Tembo, a coffin trader, said the directive is unfair as it does not take into consideration the plight of traders.

”This whole issue is just a state of mind and does not affect anyone because all of us know that one day we will die,”

Others said the wall fence was built on the very premise of ensuring that the traders are in an enclosure.

They have pleaded with the mayor to tour the area and rescind his decision.

‘’At first, the B.I.D (Brought In Dead) was at casualty and a lot of people used to cry too much. That’s how it was moved outside UTH. We are far away from the patients,’’

And the University Teaching Hospital Funeral Parlor Association Chairman Ozias Banda pointed out that it will be very inconveniencing and costly to relocate the coffin sellers to graveyards.

Last week, the Lusaka mayor gave the coffin traders a three months ultimatum to relocate their merchandise or risk being moved to the graveyard.

Government has called on citizens to utilize the funds allocated to Zambia Development Agency by considering investing in agriculture, forestry and education among other...