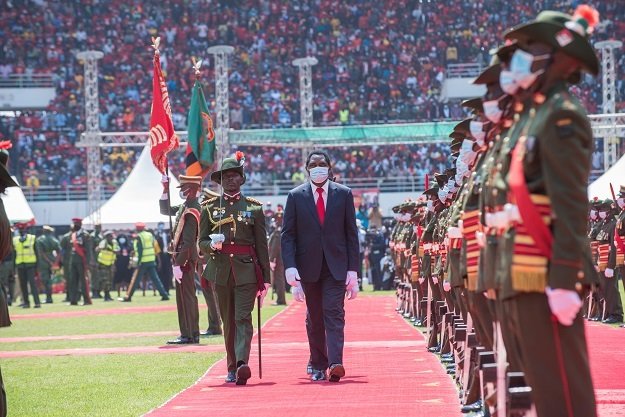 He further announced that all Provincial Police Commissioners be relived of their duties and assigned to serve in other capacities.

He further said that the Zambia Air Force (ZAF) shall be led by Lieutenant General Colins Barry and Major General Oscar Nyoni as his deputy Air Commander and Chief of Staff.

The President said Lemmy Kajoba is the new Inspector General of Police (IG) and Milner Muyambango will serve as the IG’s Deputy for Operations.

President Hichilema has since advised the media not to demonize former service chiefs  as they have done their best to serve the country.

He has since advised the new office bearers to put the interests of people at heart by ensuring that human rights, freedoms and liberties are respected.

Meanwhile,  outgoing Inspector General of Police, Kakoma Kanganja has thanked the people of Zambia for having supported him during his tenure of office and said he is willing to support the new command.

Civil Society Scaling-Up Nutrition (CSO-SUN) Alliance says the increase in maize production recorded this year is nothing to celebrate as it is not likely going...