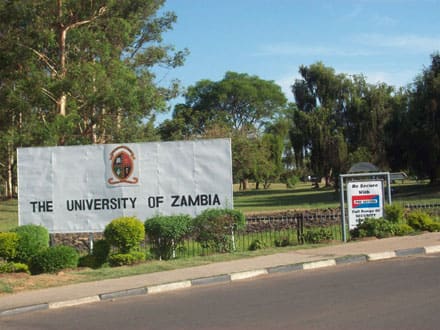 A check around campus by the Lusaka Star revealed that most shower rooms in student hostels such as Kafue hostels for females were blocked leading to excessive flooding. A student at the institution Nicole Muyunda expressed displeasure over the living conditions that students were being subjected to.

“This water keeps increasing every day and students still have to use these shower rooms for bathing. As students we feel this may expose us to a number of health risks,’’ she said.

Another student Emmanuel Malambo said the water was stagnant and produced an unpleasant smell adding that such an environment put students at risk of contracting water borne diseases such as Cholera and Typhoid.

“It is very dangerous health wise for us to be bathing from blocked showers. There are many waterborne diseases that we could catch,” he said. Mr Malambo further appealed to the School Management to look seriously into the matter as this was something that had been going on for a long time.

And another student Leah Mwelwa expressed her concern over the effect that unhealthy bathing rooms have on female students. “Some female students can even catch genital fungal infections which easily spreads from one user of the facility to another because of the same dirty water that come about due to blocked shower rooms,’’ she said.

The students have since appealed to the University of Zambia Student Union (UNZASU) to work hand in hand with the institution’s management to improve the sanitary conditions around campus.

The Motor Sport Association of Zambia in partnership with Alliance Motor Rally held its second national challenger last weekend on 12th and 13th of May...