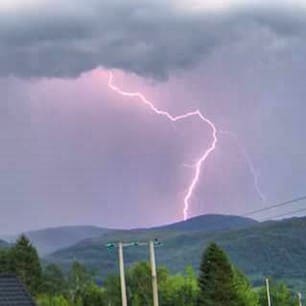 Deputy Minister in the Office of the Vice President Lazarous Chungu said government attaches great importance to issues of lightening as it has a devastating impact on the economy. ZANIS LUSAKA – Government says it recognizes the immense threat lightening poses to citizens and the economy of the country.

Deputy Minister in the Office of the Vice President Lazarous Chungu said government attaches great importance to issues of lightening as it has a devastating impact on the economy.

Mr. Chungu observed that Zambia has had a fair share of natural hazards that have had devastating impact on human beings, property and loss of lives in some parts of the country.

The Deputy Minister however said government welcomes initiatives from the private sector aimed at promoting early warning mechanisms for natural hazards including lightening.

Mr Chungu was speaking in Lusaka today when he officially opened the first ever lightening protection symposium which has attracted over 10 countries from across the world.

“I now look forward to see safety and ultimate end of saving lives and protection of equipment and consequently reduction in equipment breakdowns that contribute to social and economic development of the nation,” Mr. Chungu said.

Mr Chungu also launched the Zambia Centre for Lightening and Electro-Magnetic and challenged the authorities to assist government through his Office on early mitigation measures.

Dr. Nkanza, who is Permanent Secretary in the Ministry of Education, Science, Vocational Training and Early Education, said Zambia would seriously implement the strategic plan to its logical conclusion.

The symposium has attracted experts in science and technology, and several scientists from across the globe.

ZTA TO LAUNCH GRADING EXERCISE IN MAY