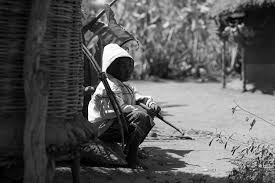 Zambia has recorded 14 percent increase in child defilement cases in its third quarter of 2019 as compared to the same period last year.

According to police report, the country recorded 773 cases, of which 770 were female victims, while three were of males.

And speaking on the commemoration of 16 days of gender activism, Save the Children Country Director Jo Musonda said that these statistics refer only to cases that have been reported to the police, and there may be many more defilement cases that have not been reported.

He however stated that over 8 child defilement cases are reported daily and this indicates that the organization is failing to meet the minimum standards of protecting children from harm.

And Mr. Musonda said the organization through its child protection programmes supports parents and institutions to prioritise the rights of children and protect them from all forms of harm.

Mr. Musonda has since called on parents and other primary caregivers, community members, civil societies and state actors like the police service, the Ministry of Justice and the Department of Child Welfare and Protection to act on matters to do with child welfare.

“We are calling for an uncompromising determination from all actors to put in place concrete measures that will address sexual gender-based violence against children,” said Musonda.

Two weeks ago, Zambia joined the rest of the world in celebrating 30 years of the Convention on the Rights of the Child.

Zambia National Education Coalition (ZANEC) has advised politicians taking part in the forthcoming general elections to clearly state how they are going to provide...