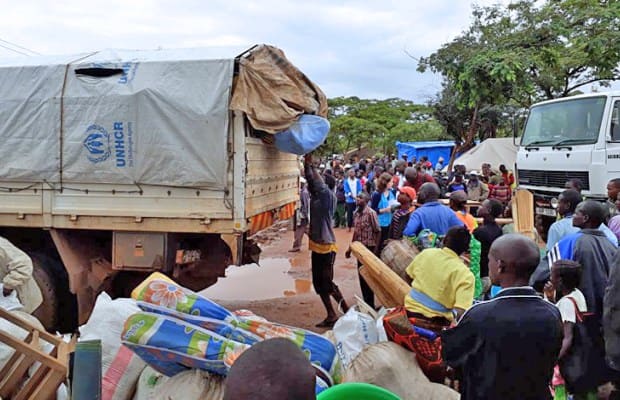 United Nation High Commission for Refugees (UNHCR) says there is a drop in number of asylum seekers from the neighbouring Congo this year as compared to last year.

In an interview with Lusaka star, UNHCR Public Information Associate Kelvin Shimoh said, the drift of asylum seekers moving from Congo to Zambia had reduced.

Shimoh added that there was a weekly relocation exercise of expatriates from Kenani to Mantapala and so far over 6000 refugees had been transferred to new settlements.

“There is funding challenges to help expatriates with health, water sanitation, education and legal protection adding that from the 74.2 million required only 11% has been received,” said Shimol.

He further appealed to the stakeholders to come on board as resources are needed to provide assistant to the refugees.

He added that, once the money was received in full it would help to settle some challenges, some of it would be used in the maintenance of various sectors that is sanitation, health, education and legal protection among others for the refugees.

He added, the health conditions of the refugees was in good conditions and that there had not recorded any disease outbreak.

He further added that countries such as the U.S.A, Germany, Italy, and E.U among others, had come on board though the coffers were not enough to meet the needs, therefore had requested for more stake holders to come on board.

So far Zambia has about 74000 refugees’ country wide whereas Mantapala and Kenani has about 16000 refugees from the neighbouring Democratic Republic of Congo.

Alot of great minds have strived to change the face of Zambian entertainment industry by creating new ideas and making content that pursues to...