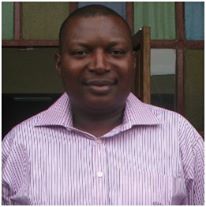 Lusaka Water and Sewerage Company (LWSC) says it will continue with water rationing programs to ensure equitable distribution of water to all customers despite the unpaid bills in 2018.

“Of the debt, the private customers owe us K148 million and government owes us K128 million,” said Mr. Kampata.

He said the company’s operations in 2018 were deprived by these debts and urged every customer to be diligent in the payment of bills for them to enjoy an improved service.

Mr. Kampata said despite the challenges, 2018 has recorded a number of successes in terms of its service delivery.

The LWSC Managing Director said the company has implemented an electronic billing system which has made it possible for customers to be knowing about the bills immediately after billing.

“The electronic billing system has improved our efficiency level as customers are now able to receive their bills on the very day the bill,” said Mr. Kampata.

He said that LWSC was also able to launch a flexible payment initiative called Lipila Pang’ono Pang’ono which is meant to increase affordability of its services by allowing for splitting of the entire month’s bill into several smaller payments within the month.

Furthermore, Mr. Kampata said the company was also able to register about 6700 new connections throughout the operating area.

THE Zambia Environmental Management  Agency (ZEMA) has applauded President Edgar Lungu for the commitment he has shown towards the protection of the environment in...