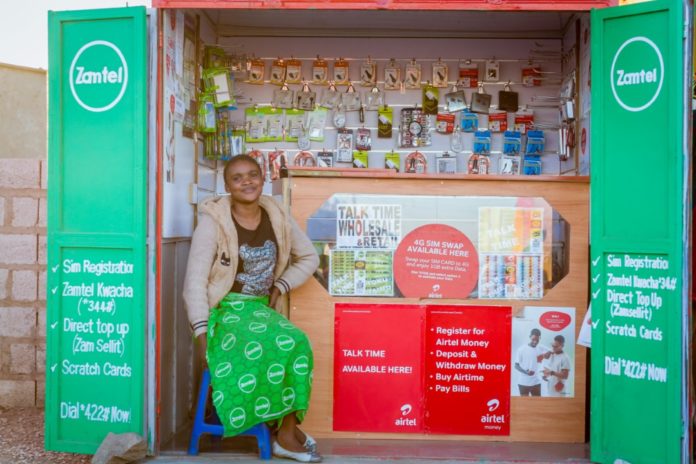 Youths of Lusaka’s Kanyama compound have expressed gratitude at Zamtel’s recent effort to strengthen community empowerment activities in the area.

Kanyama’s Harry Mwanga Nkumbula ward councilor Mr. Luckson Sakala said the empowerment scheme will help in reducing the unemployment rate which is at its highest peak in the consistency.

He said the empowerment scheme will enable residents to focus on various money making activities such as Zamtel money booths.

Mr. Sakala also thanked the Telecommunications company for engaging the youths in his ward in the scheme.

He further called on residents and traders in his ward to take it upon themselves in cleaning and maintaining their surroundings unlike leaving the work for local authorities.

And Mrs. Yanika, a Kanyama resident said with the help of the scheme she is now able to not only sell talk time in bulk but also utilizes Zamtel Kwacha to accept payments electronically.

Their family business which started by selling talk time eventually graduated to a wholesale outlet. The economic benefits have resulted in the family operating another talk time booth which is run by Mr. Yanika at City Market anchored on Zamtel products and services.

Fire has swept through a garage in Ngwerere ward in Lusaka province leaving all vehicles brought for repairs completely burnt to ashes. In an interview...