Lusaka StarService with Excellence
HomeFeaturesWHAT'S THE DEAL WITH THE '48-HOUSES'? 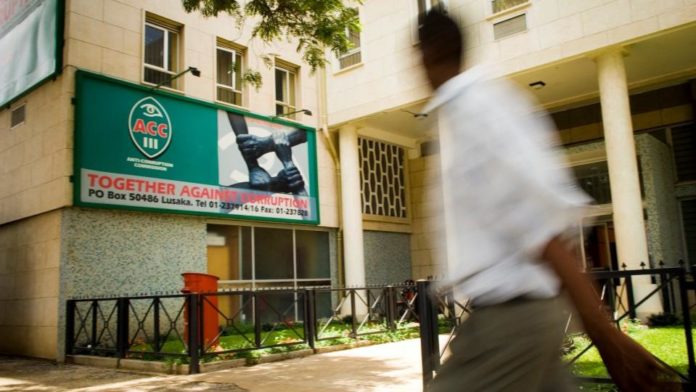 Corruption is a cancer that should be fought by all well-meaning citizens regardless of who is involved. Fighting corruption is not only vital but a job for all in any society.

Having looked at the commentaries from different stakeholders regarding the 48 apartments forfeited to the state, it can be assumed that their main focus has been on establishing who owns the apartments.

The land in question was legally owned in 2007 by a man of Indian origin. With time, he gave a power of attorney to a land consultancy firm to subdivide into various slots and sell to anyone interested.  It is alleged that a named junior government official, with the help of his lawyers at Godfrey House bought the land where the apartments are sitting and other slots that have not been developed because he has not yet fully paid for them. It is claimed that the first tenant in one of the apartments moved in 2014.

Anti-Corruption Commission (ACC) stated in their publication that the 48 apartments were forfeited to the state after due process of the law pursuant to statutory instrument No. 58 of 2004. In as far as the forfeiture process is concerned, the matter has been closed.

The only success that the ACC has achieved so far is taking charge of the 48 apartments preventing the owner or rather the suspects from collecting rentals. The owner(s) of the apartments still remains a mystery.

And President Edgar Lungu had instructed home affairs minister Stephen kampyongo to ensure the case regarding the 48 houses is probed further. The directive was issued to Mr kampyongo at state house during the swearing in ceremony of newly appointed secretary to the cabinet Simon Miti.

This followed a revelation by Anti-corruption commission Acting Director General Rosemary Khuzyayo when she featured on ZNBC’s Sunday interview that the commission has closed inquiries in the case of the 48 houses because there was no one who came forward to claim ownership.

President Lungu further directed all investigative wings to help in the new investigations.

Despite  the directive, so far nothing concrete has come up that is pointing to whom can be the owner of the 48 houses.

Zesco and other stakeholders have not been very helpful in providing information on who had applied for power connection for the 48 apartments in question. The utility company always has details of people who apply for power connection, so how is it possible that the ACC have failed to trace the owner of the 48 houses?

Moreover, the ministry of lands also has details of people who apply for land, how then is it difficult for the ACC to trace the owner even after the absolute owner of the land sold it? Because by using this information the ACC will have solid ground on starting their investigations in bringing these people in for interrogations because the absolute owner of the land knows the people whom he sold the land to.

Does this mean that the ACC has failed to do its job? Is there a need for other parties to get involved in finding out who owns the apartments and the means that were used to get the money to build those apartments?

Could this also mean that the “real owner” of the 48 apartments is someone in a position that is high such that nobody wants to say anything?

The Financial Intelligence Commission (FIC) observed inconsistency between the mortgage market and the rising number of housing and office infrastructure in their recent report. This rise has partly been attributed to an increase in the number of Property Developers. FIC have discovered that Construction provides an easy and undetectable avenue for criminals to launder funds. The Integration of the proceeds of crime occurs when either the property is sold or leased for rental income.

Which could simply imply that the 48 apartments could be launder funds that have been detected.

Meanwhile, it has been alleged that the 48 houses mentioned in the FIC are different from the current 48 apartments that have been forfeited.

The ACC has maintained that the case of the 48 houses remain closed whilst criminal investigations are still ongoing, how then is it possible that a closed case is still undergoing investigations?

Information gathered so far by media houses is that the company with the power of attorney has all the information on who purchased the land.  This could mean that the ones providing evidence are hiding something.

To conclude, it can be noted that crime is on the rise and money is being stolen in a very refined way such that it cannot even be noticed hence the law has to be improved taking into account the developments and changes in the environment. It is important to take note of all the loops holes and revise the law as well as come up with better measures that will ensure that what happens now or rather is happening now does not happen again.

There should be mutual accountability and transparency for everything that is done in this country as it affects many people as well as the economy of the country.

Even as we wait for investigations to be finalized, the parties involved such as the ACC should not be undermined as they know exactly what they are doing and in due time, they will let us know when the case comes to an end despite who is involved.

Corruption is corruption regardless of the amount or impact, it is a cancer that should never be taken lightly.

Zambia has achieved great success in various sectors which 50 years ago was only a dream. Surely, nothing is impossible to achieve for minds...