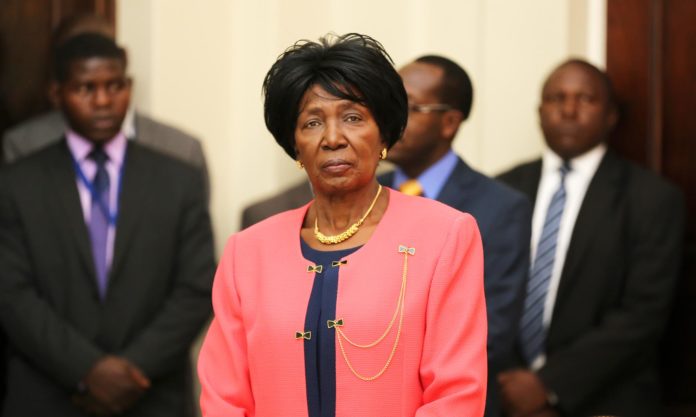 Vice President Inonge Wina has endorsed President Edgar Lunga’s directive to send the Zambian army to the streets to stop the gassing of innocent Zambians in the country.

Mrs Wina said it is unfortunate that the Zambian youths, boys and girls, men and women are being hired to perpetrate these heinous crimes.

These are no longer just petty crimes, they are terrorist crimes that the state has to respond to in a manner that befits a terrorist.

The Vice President said the goal of these crimes is to frighten the public and make the country unruly and that the most important thing is to find the culprits behind these crimes.

She added that it is for this reason that President Lungu has condemned the situation, and as the Commander in Chief of the armed forces, he has directed the army to be on the streets.

The criminals are hired and are not acting on their own and it is for this reason that the President has come out to condemn this situation.

Mrs Wina said the government cannot continue to sit back and watch the people of Zambia live in fear of being terrorized because they have not committed any crimes against anyone.

She further said that until the government gets to the bottom of the issue and finds the people funding these crimes, the situation will be normalized.

Japan has signed a 487, 290 United States Dollars commitment to promote women’s health throughout the life cycle at one-stop service site in Zambia. Speaking...