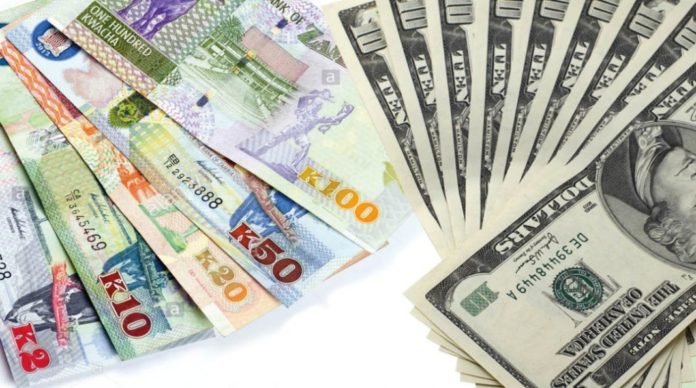 Lusaka-based Economist Chibamba Kanyama has reiterated that the appreciation of the Kwacha against the Dollar should be controlled to avoid exchange rate volatility that could harm the business market.

Mr. Kanyama was speaking during an interview with Lusaka Star where he warned that although the appreciation of the Kwacha is a good thing, especially considering the fact that Zambia is an import-oriented country, it should be managed well so as not to create a market shock.

A rapid appreciation of the Kwacha has the potential to disrupt business operations. The cycle between importing and a reduction in prices overall is very long so normally there is a disruption with rapid appreciation and that’s why in economic management the goal is exchange rate stability,

Mr. Kanyama explained that exchange rate stability entails that there should not be significant up and down volatilities that harm the market.

He stated that a strong volatility in the exchange rate can cause a market shock because despite the country being large on importing, it still exports certain products.

Some Companies have already invoiced their external markets and clients‌ in Dollars or other currencies and they might incur a loss because they were anticipating a level of Revenue that was calculated to the cost of input which was at about K22 per Dollar,

The Economist further explained that those who will be paid in Dollars will get less than they expected when they change the Dollars into Kwacha.

Mr. Kanyama has therefore urged the new government to aim at inspiring investor confidence that will attract increased investment in Mining, Agriculture, Tourism and Production as these sectors are what stabilize the economy.

We should watch out that the appreciation is not only driven by speculators, auction of government bonds, short-money and portfolio investors but rather, by the real economy which is Production, exports and direct foreign investment,

Meanwhile, Dennis Nemhara, who is a cross border trader, said the rapid appreciation of the Kwacha against the Dollar in a short period of time has affected his clothing business in terms of profit making.

Mr. Nemhara explained that he now needs more Dollars than Kwachas and that it will take some time for him to adjust and plan according to the current exchange rate.

Speaking in an interview with Lusaka Star on Friday during the ZASU National Age Group 2019 Championships held at the American International School in...