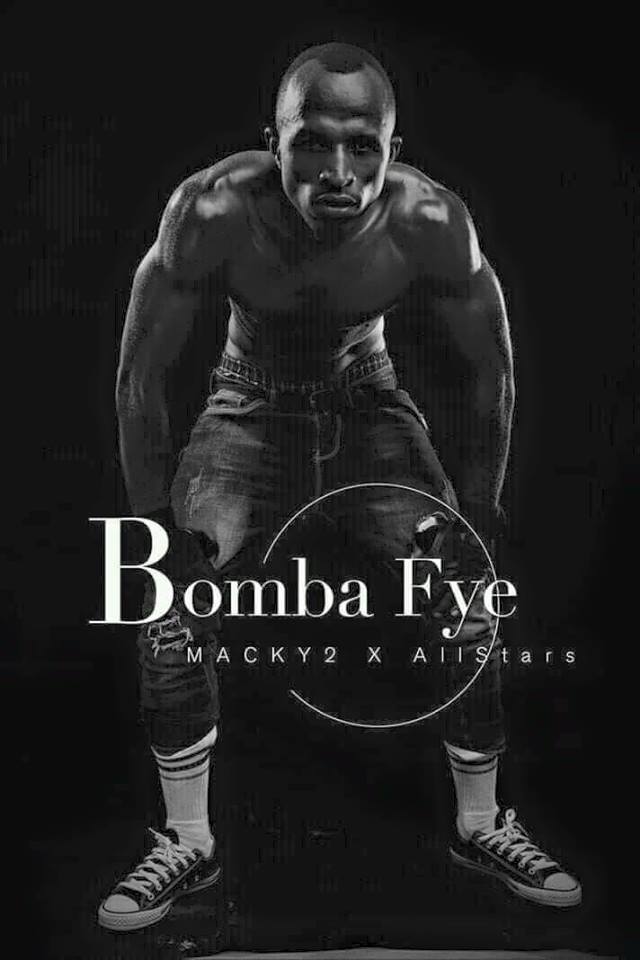 Rapper Macky 2 says his recent song Bombafye was aimed at encouraging people to work hard and never give up on their dreams in order for them to avoid living lives full of struggles.

The All Star song, which took two months to produce features 42 crème de la crème artists of the Zambian Music Industry, with the instrumental having being produced by Ray D.

Marky 2 says the artists who feature used stories of their struggles to encourage the listeners.

“I though to work with influential artists who I believe would not only influence young people, but also older and mature people to work hard and believe in themselves a little more,” Macky 2 said.

“There is need for fellow artists not wait to be hired by organizations, but to use their initiative to create songs that will have impact on people’s lives.”

The seven minutes song featured artists ranging from legends such as JK, Wile, General Kanene and Mampi to rising talents such as Jay Cash, Fly J, Tiye  P, Stevo and many more.

The Alpha Entertainment Boss vowed to continue preaching messages of hard work in his music, having previously echoes similar thought in his hit song Ndimupondo All Star remix’ back in 2013 which featured 13 artists.

Music producer, Skillz has condemned copyright infringement as it has become one of the toughest challenges in the music industry. He said the evolvement of music...