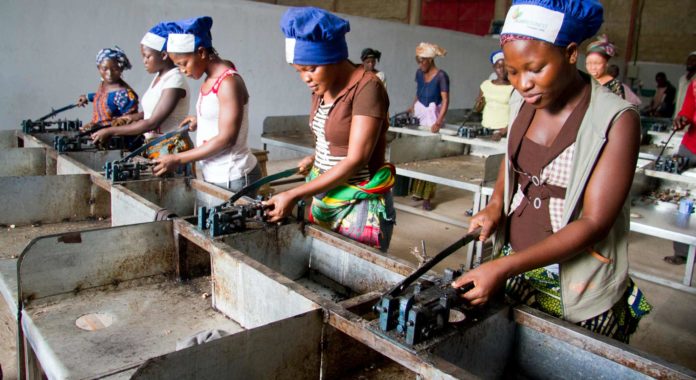 Government through the Ministry of Labour and Social Security has cautioned foreign investors to refrain from abusing workers in the country.

In an interview with the Lusaka Star, Joyce Simukoko said Zambia had labour laws that investors should adhere to and that Government was willing to continue engaging the business community in ensuring that workers’ rights were protected.

Ms Simukoko reiterated President Edgar Lungu’s pronouncements during the Labour day commemorations that brought out issues of low wages, poor working environment and safety standards among others which government has promised to improve.

Meanwhile, Human Rights Commission Public Relations Officer Mwelwa Muleya said the Commission has welcomed the call by the Labour Minister for investors to protect their workforce in the country.

Mr. Muleya said his institution was eagerly waiting to see accelerated efforts towards the translation of words into actions as there had been reports of abuse of workers by some foreign investors.

“We strongly believe in the rule of law and as a Commission we recommend that those found guilty and in the habit of mistreating workers, will not relent but actions be taken,’’ said Mr. Muleya .

Mr. Muleya said those in authority must realize that they have a primary responsibility to respect human rights such as Workers rights, freedom of expression, freedom of association, unionism among others in the country.

He stated that the Commission had received about 60 percent of labour and employment related cases which was not healthy as stipulated in the Zambian labour laws .

“I urge encouraged the general public to constantly observe and defend their rights and ensure that they are protected and adhered to by all would be employers,” said Mr Muleya.

And Human Rights Activist, Maiko Zulu said its high time that politics was done away with from Human rights issues and that employers were needed to be put to task in respecting workers rights in the country.

Mr Zulu explained that there were some employers and foreign investors who felt like they were above the labour laws and could do anything they felt like without adhering to the set laws of the land.

cotton farmers to bargain with ginneries The Zambia Competition Commission has put measures that will allow individual farmers to negotiate cotton...