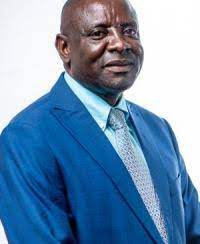 Eastern Province Minister Peter Phiri has attributed the low pass rate recorded by the province in the grade seven and nine examinations to teachers’ engagement in partisan politics.

Eastern Province had the lowest pass rate by province for both Grade seven examinations and Grade nine internal examinations.

In an interview with Lusaka Star, Phiri said that pupils were deprived of adequate learning time as some teachers went as long as a week without reporting for work due to being active in politics.

It is a shame that most of the schools in the province became politicised, as you would find teachers and other members of staff arguing on who will win or lose the elections,

The provincial minister said that the behaviour of the teachers disadvantaged pupils in last year’s examinations, especially that COVID-19 had disrupted the school calendar.

On top of pupils not learning due to partisan teachers, Covid 19 made the situation even worse because most of the pupils spent most of their time home doing nothing constructive,

Covid-19 negatively affected our pupils due to the closure of schools every time the case went up, Phiri said.

Phiri however said that the provincial administration will ensure that Eastern province gets back to being one of the best performing provinces in grade seven and nine examinations.

Eastern province was known to produce the best results in the country among the 10 provinces, hence, does not deserve to be at the bottom.We need our dignity back,

“We shall never see the goodness of having mines as a country if we do not change the way things are done,” Dr Mphande...