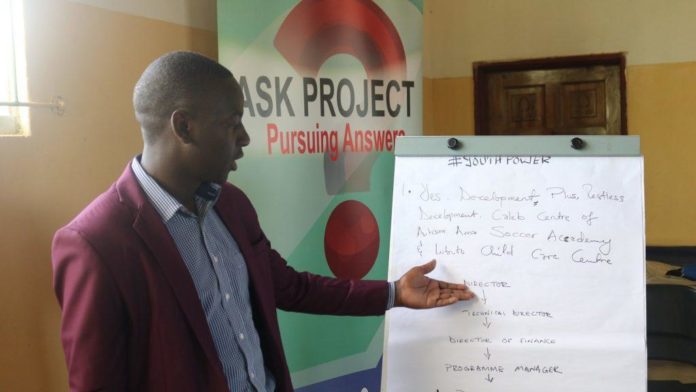 Alliance for Community Action (ACA) says the Ask-Project set to run until 2021 is aimed at helping the citizens in some selected constituencies of the country in order to bridge the gap between the government and the citizens.

ACA Information and Advocacy Officer Jimmy Maliseni said that the project also extends to training different groups of citizens in the four chosen constituencies to make them understand the link between public money and services they are able to access, as well as how the expenditure of that public money affects them directly.

We as an organization are simply trying to ensure there is a constant apply of accountability from the government end, so we are trying to empower the citizens who will undergo the training to be able to ask vital questions to the government regarding issues affecting them in their community,” he said.

Speaking in an interview with the Lusaka Star, Mr. Maliseni stated that the Community Based Organizations and the Civil Society Organizations will partner with ACA as they are part of the advocacy strategy in empowering the citizens to understand the management of public resources and how they can work with their communities to improve standards of living.

He alluded that CARITAS Zambia will ensure that CSOs in the four constituencies are given institutional capacity building in order to for them to working and effective structures within themselves to attract and access external actors such as donors.

“We are training very large groups in these areas and we’re currently working in Livingstone but we’re also training local community based organizations and civil society organizations,” Mr. Maliseni said.

Meanwhile, Mr. Maliseni said that the Project is implemented in conjunction with CARITAS Zambia as an effort to empower the electorates through the power of their vote in the political sphere and that the undertaking is being supported by the European Union who called for it in 2017.

He added that the four targeted constituencies include; Livingstone, Kabwe-Central, Mpika-Central and Munali in Lusaka Province.

ACA works to grow the routine and systematic demand for public resource accountability in Zambia, with the specific aim of instituting the demand in the public and empowering citizens to make required community-led interventions against social injustice and promoting local development.

Timber Producers Association of Zambia (TPAZ) has called on government to immediately resume the issuance of export licenses of Mukula. In an interview with Lusaka...