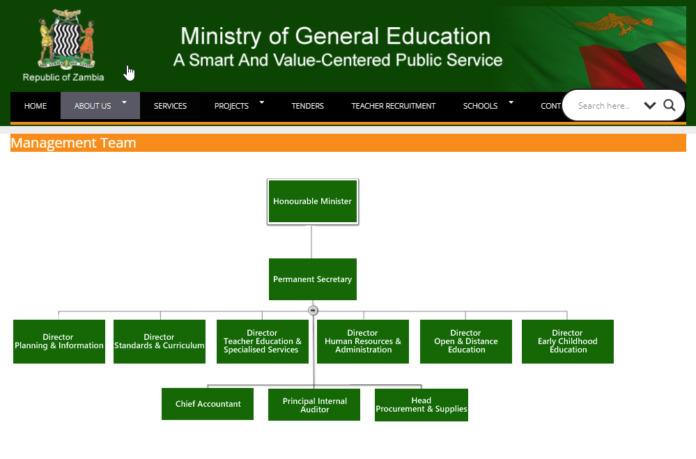 Ministry of Education permanent secretary has urged unions at the University of Zambia(UNZA) to desist from blackmailing government over the K82 million it owes the University for the payment of gratuities.

In an interview with Lusaka Star, today, Permanent Secretary for Technical Services Joel Kamoko said that the unions at UNZA should stop sending threats to his  ministry, but strive to work together with government so that the current issues at the institution are resolved.

Why would you send threatening notes to people who have been chosen to superintend over you?

He said that it is not the intention of the Ministry of Education to have public disagreements with the unions as it prefers addressing their concerns quietly.

We want to make sure that the University gets back to its good way of operating without any challenges, that is the reason we are here,

Kamoko added that President Hakainde Hichilema is aware of the problems at the University of Zambia that is why he allowed the Ministry of Education to work with UNZA management in order to help the institution settle its huge debt.

The permanent secretary  however said that he does not blame UNZA lecturers for complaining over their money, but they should respect and trust government through the Ministry of Education.

The Ministry of Education understands the grievances of UNZA lecturers and workers , but let us not fight,

Already, a committee has been formed that will work hand in hand with government to ensure that debts such as that of UNZA are settled.

Kamoko has since urged UNZA lecturers and workers to be patient as the Ministry of Education  is seriously looking into their plight.

University of Zambia Professional Staff Union (UNZAPROSU), yesterday, called on government to make available the K82 million it promised to release towards the payment of gratuities of workers as it will ensure continuous industrial harmony at the University.

UNZAPROSU President Michael Kaluba said that his Union will not guarantee industrial harmony at UNZA if government fails to release the K 82 million and does not further commit itself towards the liquidation of gratuities and pension benefits owed by UNZA.

9 months after AFCON victory: does Zambia have what it takes to be champion again

There have been mixed feelings on the Chipolopolo standard of play as most people think that the team is not doing its best NINE...

PROTECT FIC ITS YOUR INSTITUTION-KASANGA