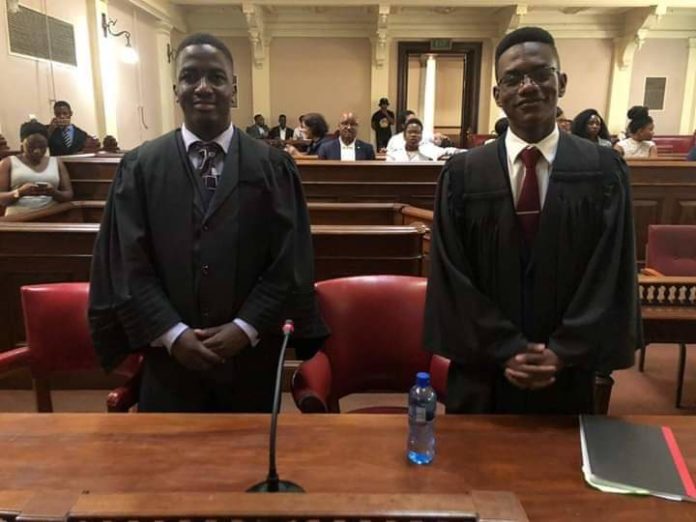 The University of Zambia (UNZA) School of Law has emerged runners-up in the 10th Regional Child Rights Moot Court Competition that took place at the University of Pretoria in South Africa.

UNZA school of Law was represented by third year students Kabwe Nkunta and Abednego Chuni in a competition which attracted 13 universities in the Southern region.

Mr. Nkunta and Mr. Chuni did not only beat both Universities but they also managed to be among the four high scoring teams, thereby securing a passage to the semi-finals.

At the semi-finals, the UNZA team battled against the University of Zimbabwe and later met Stellenbosch University, and they triumphed over both Universities and secured a place in the finals of the competition against Western Cape University.

UNZA missed a tie by 0.5 points at the finals which were held at the Palace of Justice High Court of South Africa in Pretoria and was presided over by the Judge Deputy President and two other High Court Judges.

In the same vein, UNZA School of Law emerged as a finalist in the pre-final round of the 11th Nelson Mandela World Human Rights Moot Court Competition held in Geneva, Switzerland.

Management is proud of your efforts and exemplary performance. Your spirited fight expressed at the two competions confirmed that, indeed, UNZA is a premier University of choice in Africa and globally, Prof. Mumba said.

The University of Zambia School of Law is the oldest and most prestigious Law School in Zambia with over 60 percent of its faculty in possession of PhDs from reputable institutions.

Transparency International Zambia (TI-Z) has called the Electoral Process (Amendment) Act of 2021 shallow and limited because it does not focus on the whole...