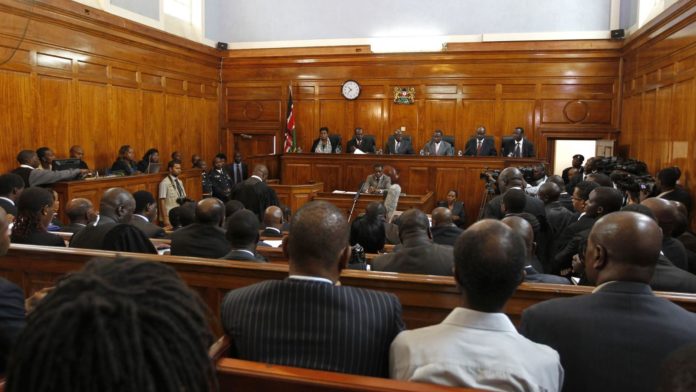 The Zambian judiciary says there is no specific dress code for members of the public to follow when going to witness court proceedings.

In an internal memo issued by the Chief Registrar Charles Kafunda, the judiciary management said it was concerned on the number of occasions, members of the public were being excluded from attending court proceedings by court staff due to their dress code.

“It has also been noted that staff appear to particularly target women in imposing their own standards of what they consider appropriate dress for court,” read the memo in particular.

The Memo further disclosed that Management had therefore directed all members of staff to cease imposing their personal standards of appropriate dressing on members of the public witnessing court proceedings or conducting any other business within court premises.

The memo was issued on the 26th of June 2019 addressed to all court operations members of staff and copied to the Chief Justice, Acting Deputy Chief Justice, the Chief administrator and all Registrars.

In May 2018, the Judiciary formulated a dress code manual outlining specific attire to guide all court members of staff on the appropriate and consistent ways of reflecting the institution’s character.

Violation of the stipulated dress code by any member of staff on three consecutive times would result in misconduct and attract disciplinary charges.

Blesser-Blesse, has been a buzzword of late among young people, but what exactly is a blesser? Well, a blesser is basically a sugar-coated term for...