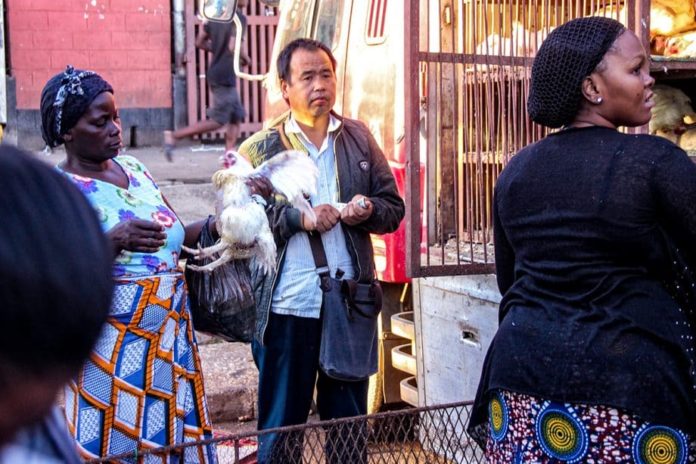 LOCAL Government Minister Vincent Mwale says a committee of ministers on investment is to be established in order to discuss in detail the usage of investment licenses.

Speaking in an interview, Mr. Mwale says there is need to ensure that businesses such as restaurants, saloons, car wash, among others are not taken over by foreign investors.

Mr. Mwale explained that such business opportunities can be operated by local people adding that government is committed to continue empowering local investors.

The Local Government Minister who is also Chipangali Lawmaker clarified that under the investment act an investor can only be classified as a foreign investor if they bring in the country not less than  Two Hundred and Fifty Thousand (250 000) US Dollars worth of investment.

“As local government we want to play our part, we know that the other part should be played by the ministry of home affairs in that some of this people doing small businesses like barbershops and saloons; and claiming to be investor may not even have permits to work as beauticians but are taking the much needed jobs for our people” he added.

Mr. Mwale has called for cooperation from all sectors that are involved to work together and ensure that foreigners are not taking over businesses which can be done by Zambians in the pretext of being investors.

Mr. Sangaya who also operates a line of car wash businesses in Lusaka’s Kabwata Township said it is unfortunate that Chinese Nationals and other foreign investors are being given licenses to operate businesses meant for small scale entrepreneurs.

“Small business communities have suffered at the hands of foreigners claiming to be investors; it has really negatively affected us because we do not have the machinery to compete with the foreigners” He lamented.

He added that allowing foreign investors to compete with locals who are operating businesses like barbershops and car wash to survive is unfair and does not support a favorable environment for investment growth by the local Zambians.

Mr. Sangaya has since called for a quick government intervention by coming up with policies and strategies to strict foreign investors from taking over small business ventures.

“We also hope the policy announcements coming from local government will be implemented and enforced by the law, this in turn will ensure that the local entrepreneurs are empowered and operate in a favorable environment” he added.