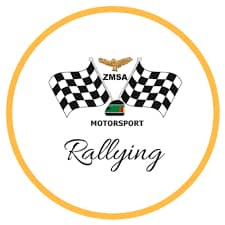 The Zambia Motor Sports Association says drivers are prepared for the Sarago Motor Rally that will take place from August 28 to 29 this year.

Association President Sam Chingambu said the team is ready for the Rally and are doing their best to keep fit despite the break it had due to the Covid-19 pandemic.

Chingambu said Zambia is among the top two countries in Africa that has best drivers and has won the Africa Rally Championship 18 times, adding that no other country has beaten such records.

In terms of international standards, we are among  the two countries that can compete at any level of world rally championship. Our drivers are committed and passionate for the sport,

Chingambu added that the Association is lucky because this year Zambia is hosting the Africa Rally Championship in September which will give an opportunity to some drivers who have not participated in other countries to rub shoulders with some of the best drivers in Africa.

He further stated that safety measures have been put in place in preparation for the Rally and spectators will be no where near cars compared to spinning which requires concrete barriers for safety.

Meanwhile, Azim Picklay, who is one of the class A, B and C veteran drivers in standard land cruiser will be participating in the race.

In an interview with Lusaka Star, Picklay said he is well prepared for the race together with the international competition which is ahead of this month.

Picklay has been racing for over 30 years.

Lusaka based author Perdrijat Syanjoka has successfully published a book titled ‘Dear Sister’. The 65 paged book explicitly reveals a woman’s submission to the will...