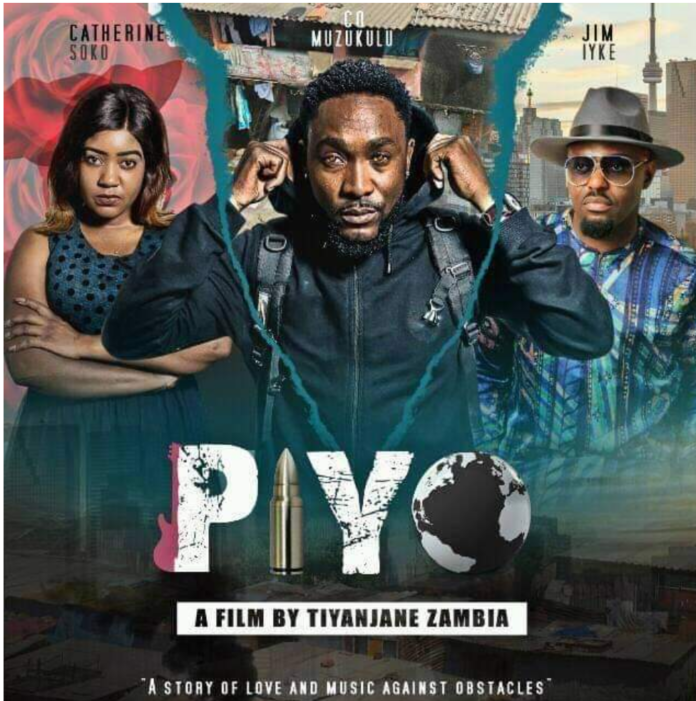 With the world going digital, the broadcasting industry is yearning for even more content. This has triggered a boom in the film industry, especially in Africa where film production has been stagnant for many years.

In  case of Zambia’s film industry, Zollywood , as some may call it; it would be interesting to note that the industry has been in existence for over 50 years and has even produced content such as Kabanana and Love Games, the latter going as far as earning a nomination at the 2014 Africa Magic Viewers’ Choice Awards.
And a recent major boost to the industry has been the introduction of Zambezi Magic channel on DSTv that has given an opportunity for Zambian filmmakers to share their stories across Africa, with shows such as Zuba and Mpali being instant fan-favorites.

To add on, the industry was well-represented when I am Not a Witch, a film by Zambian-born filmmaker Rungano Nyoni  won a competitive British Academy Film and Television Award (BAFTA) for best foreign film and later earned a spot on Netflix, a famous television streaming service.

However, despite all this success, Zollywood still has not made it to the film industry’s high table thus making this an issue that needs more attention and scrutiny.
Verxel Arts, a video production company,  in a post on its website stated that the  film  industry in Zambia is still in its infancy a situation that  has everything to do with level of training and knowledge  of filmmakers.

“Let’s face it, there’s no film school in Zambia that teaches learners the various skills involved in production such as acting, screenplay, directing, sound, cinematography, producing and later on, profit out of it,” read part of the statement.

In this sense, looking at another film industry such as Hollywood, there is a vast number of film schools such as the American Film Institute (AFI) Conservatory, the alma mater of Rachel Morrison, the Academy Awards best cinematographer nominee for ‘Mudbound’, as well as notable filmmakers such as Patty Jenkins and Darren Aronofsky.

Bringing it back to Zambia, there have been some training programs for filmmakers such as the Zambia Short Film Festival (ZAMSHOTFEST) and the recent MultiChoice Talent Factory. But the country has never had a proper institute specifically for film and television hence, stressing the need for film schools.

On the other hand, Shumba Patrick Mutukwa, a Zambian filmmaker who featured on the famous Black Panther movie as an extra and dialect coach, argued that the industry not being successful had a lot to do with how Zambian filmmakers told their stories and not film schools.

In an interview with Lusaka Star, Mutukwa said Zambian filmmakers did not have originality in their content and needed to develop authenticity.

“Zambians need to tell their story from the Zambian perspective, ” he said. ” Imagine if we did a Nc’wala Ceremony movie and marketed it well. We would have success because the world was tired of the same recycled story.”

Mutukwa also added that Zambian filmmakers also needed proper marketing strategies than they needed coaches because most of them do not market their movies well for the most part.

“The only movie which had a decent marketing strategy was I am Not a Witch and its success has shown that marketing a film is another big step pre-production and post-production,” he said.

The Black Panther dialect coach asserted that the answer to Zambia’s prayers for quality film productions would be authenticity.

It is worth noting rather that authenticity alone is not enough to grow the local film industry, training and knowledge on how to package local productions is equally important if the Zambian movie industry was to record remarkable growth.

The Ministry of Tourism and Arts has urged all artists to reposition their work culture and ensure putting Zambia on the world market in...