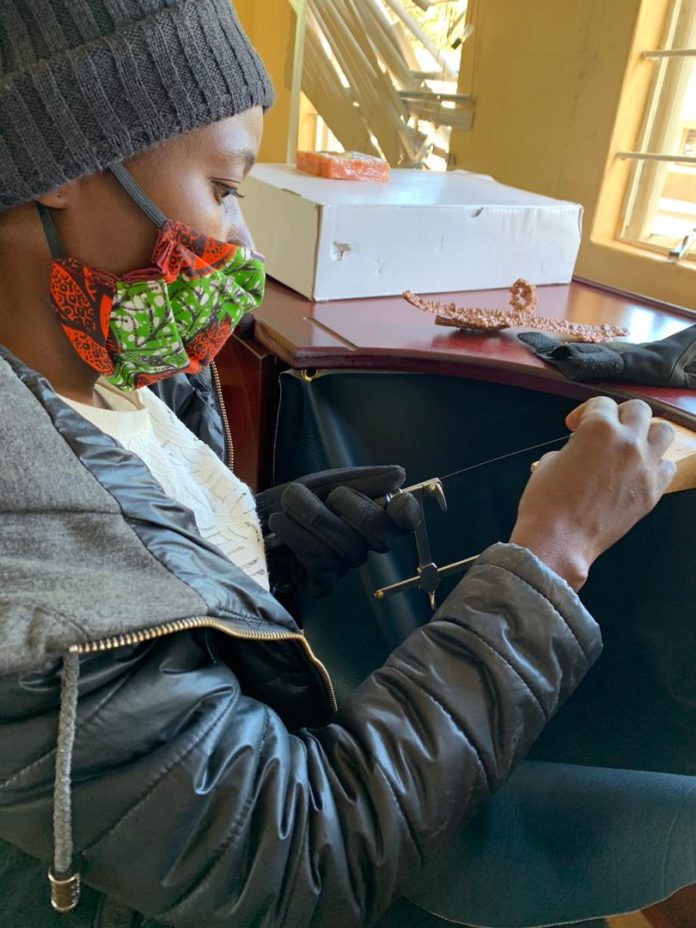 For generations, one way that has helped women escape Gender Based Violence (GBV) has been through having their own means of earning an income that makes them financially liberated.

This is because a woman who is financially liberated can cater for her own needs and not depend on people who may abuse her due to her vulnerability.

2000 years ago, women worked an empowering job of mining and smelting copper, then crafting it into jewellery that would later be traded with travelers. This helped them attain their independence from any would-be domestic abuser because they were able to provide for themselves. This clearly shows that employment plays an important part in helping curb GBV.

The way employment was needed to help curb GBV back then, is the same way it is needed in the modern world due to the prevalence of GBV cases.

However, there is a glimmer of hope that the vice will find its way out due to the introduction of women empowerment initiatives. One such initiative is Nsanshi Art, a Solwezi-based women-run jewellery workshop that provides employment and raises funds for vulnerable women and girls in the community.

The workshop is part of the Young Women’s Christian Association (YMCA) efforts to render support to GBV survivors in the North-Western Province.

It receives support from First Quantum Minerals (FQM) Kansanshi Mines that, for some time now, has taken keen interest in helping women who escape domestic violence find means of survival.

At its start, Nsanshi Art employed a skilled jeweller to train nine young women from the surrounding community. As completion is underway, the number will increase to 20, meaning more young women will be provided with employment. As the ladies’ skills improve, the jewellery will be made available for direct sale to the public, generating more revenue for more survivors to find their way.

The strength of the workshop lies in its ability to generate its own funding through sales, which is advantageous in that it would continue funding the fight against GBV long after FQM has run its course.

The workshop has not only become a place of employment but also a safe haven for GBV survivors in the North-Western Province. According to YMCA, over 50 women and girls in the province alone present themselves to the organization each week, seeking salvation. Nsanshi Art comes in to provide the support they need.

It is also playing a major role in changing the way women are classified on Zambia’s Employment Profile. According to the profile’s report on women, over a third that are classified as employed do not have an employer or a registered business. They are considered employed because they engage in informal trades such as selling vegetables and charcoal; which do not provide stable wages. The workshop has come in to ensure women do not fall under such a category by creating an industry that will train them.

Not only is the Nsanshi Art providing welfare for women and girls, it is also showing a part of history that most people do not know. Beyond that, it is proving that Zambia is capable of processing copper into high value products.

As one can see, the workshop has come to make a change in the lives of many women and girls who have struggled with finding means of survival; it is their answered prayer. Enthralling enough, it shows Zambian women’s rich history that may empower them to become what they were.

Airtel Networks Zambia has advised all its stakeholders and customers not to pay any heed to social media reports claiming that the telecommunications company owes...