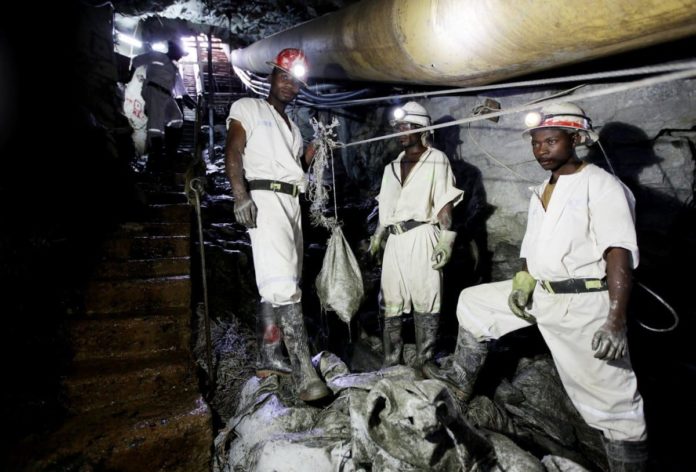 Silavwe observed that mining companies are claiming losses way before the new mining tax regime outlined in the 2019 National Budget is implemented.

The opposition leader pointed out that the foreign owned mining companies have unashamedly mobilised and exploited the fears of loss of income and popularity to their advantage against the citizens and leaders respectively.

“These mining firms always put their interests first at the expense of the people without taking into consideration how their actions impacted the people,” Silavwe said.

Silavwe  wondered how companies that make USD$6,000 and USD$6,600 per tone of copper and only give USD$360 and USD$396 per tone in mineral royalty have revenue difficulties.

He said it was clear all they cared about was profit making and not those who really provided the labour.

“These mining firms run their operations with downsizing each time there was fears of loss of income instead of working together with the Zambian people to be on level grounds but rather take action only to their advantage,” the opposition leader observed.

Silavwe was reacting to the planned downsizing of labour by Mopani and Kalumbila mines.

Meanwhile a worker at Kalumbila mines who refused to be named expressed concern with the news to lay off 1000 workers.

“We are working in fear because we don’t know who and when the axe will strike. The laying off of workers whenever it pleases the owners is unfair because it does not put the workers in consideration,” he said.

Just last week, Minister of Labour Joyce Simukoko said it is sad that whenever mine owners face challenges they threaten government with redundancy.

She said the that government is not impressed and will not take the issue lightly.

Chansa notes that considering Zambia’s economy hinges on the mining sector it would be wise for mine owners to dialogue with government over revised taxes instead of threatening job cuts.

It is common in Zambia for mining companies to lay off workers whenever they have challenges without taking into consideration the impact it has on the workers.

In October this year, about 4000 miners were laid off on grounds of increased costs of running the mines.