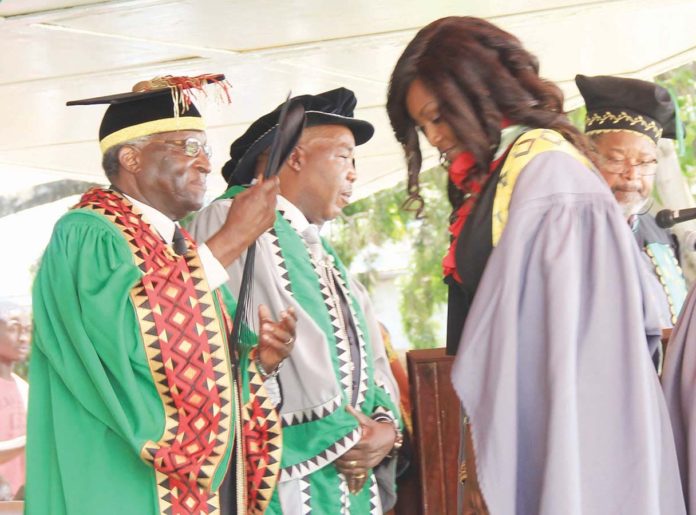 For how long shall the students of the University of Zambia wait until they are told the main reason and probably the only true reason why the university was closed for over three months?

Close to six months after the reopening of the University of Zambia and the end of the cholera outbreak, student are still expectant that the sanitary conditions at the university will improve.

In December 2017, Zambia experienced a cholera outbreak and the University was closed amid fear of the outbreak seeing that the institution has historical poor water and sanitation levels. Despite the other public schools being allowed to open on the 3rd of January, 2018, the university remained closed.

One of the conditions that was set as requirement before the reopening of Zambia’s highest institution of learning, was to rehabilitate and conduct maintence works around the university. Management claims to have spent huge sums of money to improve the sanitary conditions, “The University of Zambia (UNZA) has spent K1 million on repair and rehabilitation works at its two campuses in order to meet the set standards on public health and warrant the re-opening of Zambia’s biggest institution of higher learning by the month-end of February 2018”.

The minister of high education further announced that she was satisfied with the works at the university and the institution would therefore proceed to open.

Six months down the line, the hostel I am staying which also houses an average of 90 students has 3 working toilets and 2 operational showers. The hostel has a total of four toilets, however one is out of use, and the doors for the toilets are still broken and cannot close. Before the “the rehabilitation works”, all the four showers were operational but after the rehabilitation, only two are working. Additionally, the taps in the kitchen are still not working.

The scenario is the same across most hostels. Where were the works done? My assumption was that after the rehabilitation the university would have proper and fully functional bath rooms, isn’t that the reason why students stayed home for three months and delayed the graduation from December 2018 to the proposed march 2019?

The School of Humanities only has one ablution which is usually closed except during residentials and exams. When open, the ablution is usually dirty and has broken facilities. One would ask, where are the maintenance works worth K1 million done when the sanitary conditions are still pathetic?

If the fear of cholera was truly what made the government close the university, then why are we open now? Because the conditions are still the same.

After the long declared closure of the university, many stakeholders attributed the prolonged closure to lack of funds by government to pay students’ meal allowances. I would want to agree with the arguments because no meaningful rehabilitation was done at the university.

The University of Zambia Lecturers and Researchers (UNZALARU) agrees that the closure was beyond what met the eye. In a statement issued to the Mast, UNZALARU president said it was fishy and unjustifiable for government to prolong the closure of UNZA.

When the minister of Higher Education said she was happy with the rehabilitation works at the University of Zambia, which university was she referring to or what works were done?

UNZA Registrar, Mr Sitali Wamundila, disclosed during a media briefing on Tuesday, 13th February 2018, that the rehabilitation works were done in the following areas; Rehabilitation of the ablution blocks and mending of the water leakages?

After checking most of the ablution blocks, finding truth in what Mr. Wamundila said is not possible. Did he take time to double check?

Zambia and Kaizer Chiefs Football Club (FC) striker Lazarous Kambole was on target for the South African giants at home against Stellenbosch FC...