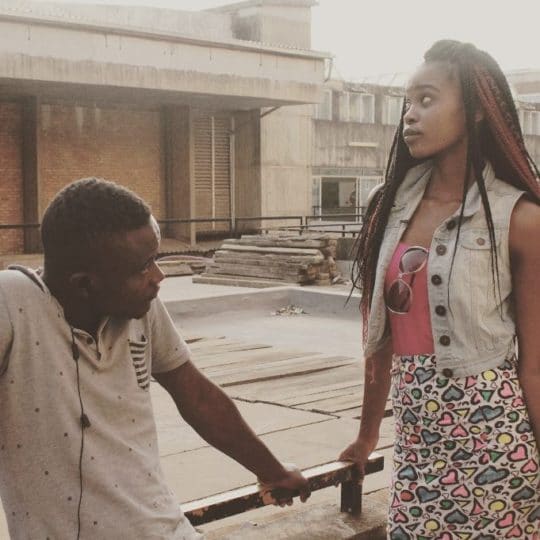 Every year, on the 14th of February, love is in the air; flowers, chocolates, people dressed in red are an expected spectacle. This day is special to most in relationships probably because it’s the day they get to “up their game” on how much they love and appreciate their significant other. This is often characterized by gift shopping among other things.

However, the odd thing about this “appreciation” is that it is often the guy who gets to buy gifts, movie tickets and pay for dinners. But is it not supposed to be a two-way street, both the guy and the girl meeting each other halfway? Then why is the burden of this so-called appreciation so much on the male folks?

Many agree that women are mostly on the receiving end. In as much as it is an act of showing love, it is believed that men are obligated to spend more on their women, perhaps because of the African cultural set up where the man is the head, and thus he is the financier, which has inevitably contributed to this trend on Valentines.

Is there really a financial burden on guys during valentines’ month? This is a debatable issue as it has a lot of answers and different views depending on who you ask.

Others say that it is indeed a financial burden on the men because the day has been commercialized to the extent that most men have come to resent the entire month of February.

A student at the University of Zambia (UNZA), Kombelwa Libakeni said, “most men feel obligated to so because its their duty, they go out their way just to get the perfect gift for their girlfriends or wives which often financially strains them, but it is okay because you will be shamed if you don’t.”

Libakeni further said,”the trend is just a true reflection of the modern dating culture as a whole; men powering gifts on their significant other and women reciprocating the gesture through intimacy.” Another student, Caesar Mbewe agreed with Libakeni’s sentiments saying that Valentines is for both women and men, not just women.

“If women are going to be the only ones receiving gifts on Valentines, we might as well just call it “Man-lentine” because it is us the men who spend money and don’t get anything in return.”

A female UNZA student, Chavu Kapota argued that there is nothing wrong with men spending on women and not the other way round because it is the “normal” thing to do.

“First of all, we should all acknowledge that it is the guy that propositioned love to the girl in the first place and so he knew what he was getting himself into. Additionally, women do a lot for men and their deeds are often not acknowledged thus valentines serves as a day women get to enjoy the fruit of their labor.” She said.

In the Zambian society, men have been economically and socially superior over women for so many years, perhaps it is only fair for the men  to spend on their partners. However, on the flip-side it is worth acknowledging that society has made progress in archiving gender equality on all fronts; economic, social and politics. Therefore, is “man-lentines” a step in the right direction in archiving the aforementioned goal?

MEDIA Institute for Southern Africa (MISA) says investigative journalism in Zambia is slowly phasing out  due to the media harassment and intimidation journalists are...