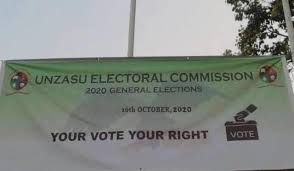 The UNZASU Guild Constitution was formulated in 2018 by a panel of five eminent students who received submissions from the student populace. This was after then Minister of Higher Education, Professor Nkandu Luo, abolished the old constitution due to student riots.

In an interview with Lusaka Star, Wankumbu Simukonda, one of the five students tasked with drafting the constitution, said that the Minister wanted the new UNZASU constitution to be more inclusive, thereby encouraging student participation.

Initially, the UNZASU cabinet had nine members, six executive members and three committee members. So she (Prof. Luo) felt having more members will bring about more inclusivity and participation from the students,

The UNZASU Cabinet is currently composed of the president, vice president, prime minister and 12 ministers.

Mr. Simukonda further revealed that UNZA rejected the proposal by Prof. Luo to have it adopt the Student Union Elective Model found at Makerere University in Uganda, of having students elect the president and running mate, while the rest of the executive members be appointed by the two elected leaders.

Copperbelt University opted to adopt the Makerere University model, but understanding the nature of UNZA politics and the influence of politics from outside the institution, this representative model was not feasible,

Despite taking months to draft the current UNZASU constitution, the formulators did not foresee a situation in which majority of students would not be in school or in a position to vote for new office bearers two months before the end of the academic year, as prescribed under Article 67 (1) of the UNZASU Guild Constitution.

Online Elections that were scheduled to take place on October 16, 2020, in order to usher in a new executive for the 2020/2021 academic year were indefinitely suspended by the Dean of Student Affairs, citing logistical constraints, lack of fairness and discrimination as many students would have been denied the chance to vote for their representatives due to poor internet connectivity.

The constitutional silence on what should happen when UNZASU elections are indefinitely postponed has led to the 2019/2020 UNZASU cabinet, whose constitutional mandate ended in October 2020, to continue in their positions.

UNZASU President, Shadrick Mumba, popularly known by his moniker Palupala, admitted in his address to the student populace on April 4 that his cabinet was arbitrary serving the student population as no constitutional clause empowers them to continue in their positions beyond the end of the tenure of office.

UNZASU wishes to put it on record that there is no clause at the moment in the UNZASU Constitution that could be applied to provide for student representation,

UNZASU is of the belief that it is only morally prudent that as the legitimately elected officers by the UNZA students’ populace, the current UNZASU continues to offer representation of students until a new executive is ushered in.

However, third year law student Samuel Muleya argued that Mumba’s continued stay in office is an abrogation of Article 8 (1) (2) (a) (b) which states that members of the union shall be registered for the academic year as under-graduates, parallel students and those pursuing diploma, post-graduate and long distance learning studies, neither which he falls under.

Reading purposively into Article 8, Palupala and other members of the union that have completed their studies do not qualify to hold onto their positions as they are no longer students,

Mumba lost the right to serve in UNZASU, according to Article 10, the moment he finished his studies. And because of this, he is no longer eligible to serve in the student union government.

Mr. Muleya suggested that the best option would have been for the Dean of Student Affairs to appoint an interim executive comprising of current UNZASU members who are still students and elected heads of student associations.

The Dean is not bound by the UNZASU Constitution, but is the custodian of the constitution and superintendent of student affairs according to Paragraph 12 of the third schedule of the Higher Education Act. So he is empowered to intervene when circumstances permit,

However, what is reasonably wrong is to appoint people that are done and have no association with UNZA to continue to serve students. Their ability to lead and represent student interests is questionable as their only business with UNZA is getting the degree.

Having established that a constitutional loophole has by extension facilitated the unlawful stay in office of the 2019/2020 UNZASU cabinet, though justified by some and frowned upon by those who wanted to take over the leadership mantel, it might be safe to say that the Student Representative Council (SRC), through powers vested in them by Article 135, might have the capacity to amend the constitution to ensure that it unequivocally guides on what measures should be taken in case elections are postponed in future.

It is nearly impossible for a constitution to be so exhaustive as to provide for every conceivable situation, as is the case with the the UNZASU Guild Constitution. However, the Constitution in its current form should be able to provide for necessary and common occurrences, such as indefinite closures that have rocked the institution as far back as 1971. This will ensure that democratic principles that UNZA continues to exhibit through the holding of periodic elections are upheld, even in unforeseen circumstances.