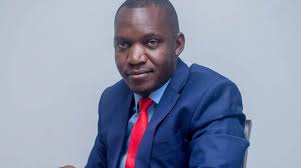 The Zambia Revenue Authority (ZRA) says the current long queues at Kasumbalesa Boarder post have no impact on revenue collection.

ZRA Corporate Communications Manager Topsy Sikalinda said the tracks going into Congo are mostly transit goods while others are local exports and do not attract any export taxes as Zambia does not have an export system except on timber and precious stone.

Mr. Sikalinda said the public should take note that all tracks currently on the Zambian side in Kasumbalesa have already been cleared by the authority.

‘’The trucks on the Zambian side are waiting for entry formalities into the Democratic Republic of Congo (DRC) and the Zambian government has since engaged the Congolese Authorities to deal with the matter,’’ Sikalinda said.

He said the congestion has been caused by various factors that include limited parking space, as only one lane is available for exiting into the DRC due to construction works and the security situation as most driver’s fear for their safety.

He disclosed that the Authority had extended border operating hours from 18:00hrs to 20:00hrs.

The Authority further suspended late clearance fees to encourage transporters to clear goods out of Zambia even after normal working hours.

This was contained in a press statement made available to Lusaka star on April 10, 2019.