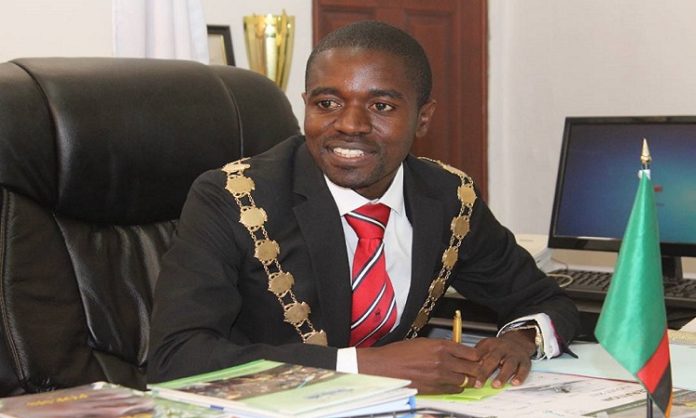 Patriotic Front Copperbelt Chairman Nathan Chanda has urged members of the public claiming to be from the ruling party and engaging in criminal activities to desist and abide by the law.

Mr. Chanda who is also Luanshya Mayor indicated that there are people using Patriotic Front (PF) colours to solicit for favors.

He stated that PF is a disciplined party that follows procedure adding that it shall not protect those using the name of the party for illegal activities.

“The PF on the Copperbelt is on high alert and the law will take its course on anyone that will be found wanting.  Those that want to use the name of the party, within or coming from outside the Copperbelt province soliciting for things from companies, getting illegal land and illegal business, intimidating innocent people and breaking the law with impunity and any other activities that are criminal in nature will not be to tolerated,” Chanda added.

Mr. Chanda said the PF under the leadership of President Edgar Chagwa Lungu will never allow any acts of criminality as it will follow the law in everything that it does.

The Mayor has urged members of the public and those that sympathize with the party to do business in the confines of the law.

“The law is clear and we will follow the law and I also advise the general public to use the right channels in addressing their concerns as immediate disciplinary action shall be meted,” said Chanda.

Earlier, the party received reports of people soliciting for funds in the name of the party.

The Zambia National Womens soccer team slipped in their bid to the Ghana 2018 CAF African Women Championship when they were beaten by a...