The Lusaka City Council (LCC) has cleared 472 billboards from roads and round-abouts around the city since the beginning of 2019.
LCC Public Relations Manager George Sichimba confirmed that the council embarked on an exercise of regulating the placement of billboards and that the exercise was meant to restore sanity.

He stated that the exercise was meant to ensure that billboards were erected and displayed in line with the Local Government Act No. 2 of 2019 of the Laws of Zambia.

Mr. Sichimba said the affected billboards which have been pulled down were due to reasons ranging from illegal placements and lack of identity of advertisers doing different businesses.

He added that the council had deployed a team which was currently working along Kafue where 18 billboards have so far been affected and that the team is to spread around the district after getting done with Great East Road, Great North Road and all other main roads.

The council has also advised people intending to advertise their goods and services by way of outdoor advertising and advertising on wall fences to seek planning permission from the local authority before putting up any advertisement.

The Local authority added that advertising agents and individuals alike should follow the laid down procedures of outdoor advertising to avoid inconveniences so that they can advertise their businesses in a legal way.

Meanwhile, Trade Kings Zambia Chief Executive Officer Iqbal Patel told Lusaka Star that the exercise the LCC is conducting was a right move as it would help advertising agents to do the right thing and help collect shares so as to run its services efficiently.

“The council is doing the right thing there is a lot of illegal advertising going around the city of Lusaka and placing billboards in wrong places,” Mr. Patel said.

He further encouraged other city councils to emulate LCC in order to bring sanity in the country as a whole.

This was contained in a press statement which was made available to Lusaka Star by Lusaka City Council Public Relations Manager George Sichimba on May 14, 2019. 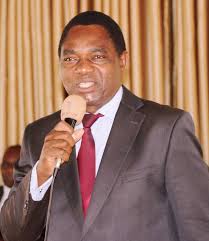 Previous article « ALL MUST BE CONCERNED ABOUT THE ECONOMIC CRISIS – HH 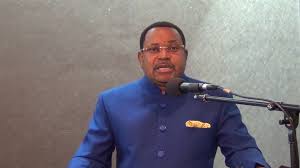