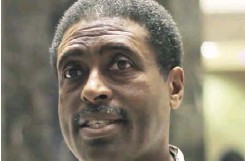 An economics Analyst has urged the government to make laws that will ensure that the economy benefits from all foreign earnings.

Speaking in an interview with the Lusaka star, Mr Yusuf Dodia explained that earnings from exports such as copper, livestock products and flowers should be accounted for if the country is to improve.

This will facilitate the Kwacha to become stronger in terms of foreign exchange which will in turn benefit a lot of people who have businesses that require imported goods.

Meanwhile, a local businesswoman Juliet Malabo lamented over the implications of the fluctuating Kwacha.

She said that the costs of importation of goods from countries such as China are continuously increasing, resulting in loss of business.

Fluctuation of prices of goods and services has led to uncertainty of the business environment.

The Kwacha in the past three months has depreciated against the US Dollar which has in turn risen inflation in the country and closed off the year of 2019 at K14.

Social media has for the longest time been viewed as nothing more than a source of entertainment and interaction. However, in the recent past, social...