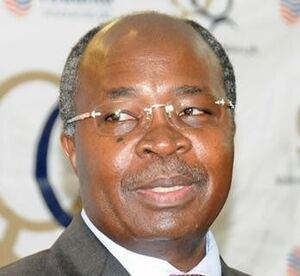 Economist Chibamba Kanyama has applauded the appointment of Dr. Situmbeko Musokotwane as Finance Minister, stating that it is a positive move towards revamping the Zambian Economy.

Mr. Kanyama said Dr Musokotwane is the right person for the ministerial position because he possesses capacity and has vast experience in understanding the Zambian economic landscape.

The nature of the Zambian economy as it stands requires someone who understands how it functions,

The Economist added that with the support of competent technocrats who potentially include young brains, Zambia’s economic challenges should be a thing of the past within a short period of time.

Mr. Shikulu said some people may be skeptical based on different reasons but Zambia’s economy is now in safe hands.

Meanwhile, speaking after his appointment, Dr. Musokotwane told his technocrats at the Ministry of Finance that the economy is not as it was when he left office during Former President Rupiah Banda’s Movement for Multiparty Democracy (MMD) government.

The economy has been mismanaged, this is a time to deliver all campaign promises,

Dr. Musokotwane has since appointed his then Chief Policy Analyst for budget Mr. Felix Nkulukusa to work with him in finding a solution for reviving the economy.