Lusaka StarService with Excellence
HomeBusinessBUSINESSES SHUT DUE TO FEAR OF LOOTING 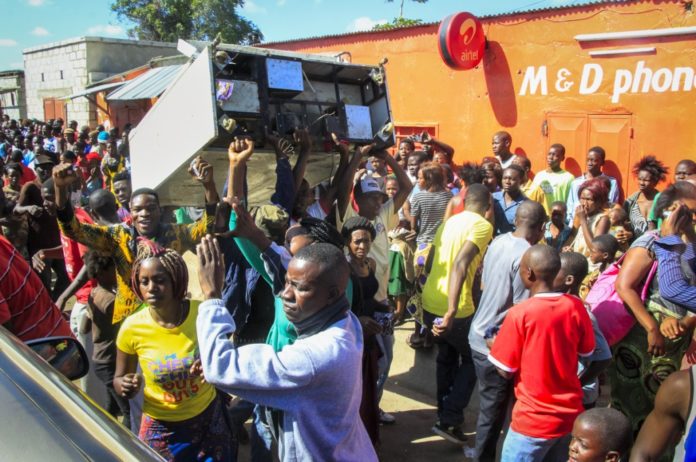 Local retail stores and small business shops have opted to remain closed following the announcement of the election results due to fear of being looted by political supporters.

In an Interview, Commercial Estate Company Secretary Joyce Chibaye, said most businesses are not working as the environment is not conducive following the violent acts witnessed in some parts of the country.

Ms. Chibaye said business has not yet come to normal operation as people are still in the mood of jubilation.

Business is not operating today because of fear as there is a possibility that people might disrupt the business resulting to looting and destruction of properties,

The Secretary added that looking at the current situation, business is likely to resume to some amount of normalcy when the excitement in people settles.

Meanwhile, Mathew Tembo, a FinTech Company inventory officer said some businesses are operating under normal circumstance due to the fact that some areas remain peaceful and guarded.

Well we have not witnessed any vandalism or violence in the area where our retail shops are located,

He however expressed displeasure concerning areas where people have been taking advantage of the current situation leading to loss of property, stating that such acts lead to loss of employment and capital.

They reduce job opportunities and business, and such acts should be dealt with soon. I also urge my fellow citizens not to condone such behaviour as this is the time to unite as a nation as we embrace the change with the new regime,

The Road Transport and Safety Agency (RTSA) has embarked on a devolution programme of piloting issuance of motor vehicle licensing (road tax) to selected...

QUALITY ASSURANCE IN HEALTH TRAINING INSTITUTIONS ON THE CARDS-HEA