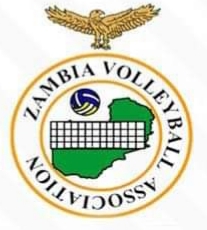 The Zambia Volleyball Association (ZAVA) has said the national team is expected to start preparations for the Confederation of Africa Nations Volleyball Championship (CAVA) next week.

Association Secretary General Gift Chisekela said the association is yet to pick players for the championship as it is waiting for the end of the election period.

The training sessions will commence next week because we were in an election mode and we could not do anything until the announcement of the results by the Electoral Commission of Zambia,

Chisekela added that the association aims at giving the best performance and hopes the coach will select competent players to represent the country in an exceptional way at the championship.

In any competition, there is always two outcomes its either you become a victor or you go back to the drawing board and as a federation our goal is to give our best performance even though most teams are far much better than us,

Chisekela further noted that the sport is in its infancy which makes the association less expectant going into the championship.

The team is still developing which makes our expectantions low therefore we are going into the championship to participate similar to the previous one where we were considered underdogs,

The championship is slated for Kigali, Rwanda and will run from September 5th to September 20th, 2021.

Zambia will be represented by both the Men’s and Women’s national teams at the championship which will be used as a qualifier for the 2020 Federation of International Volleyball World Championship.

The University of Zambia acting deputy vice chancellor, Prof. Bizedi Phiri says, “In order to foster development and ensuring that we enhance capacity for...