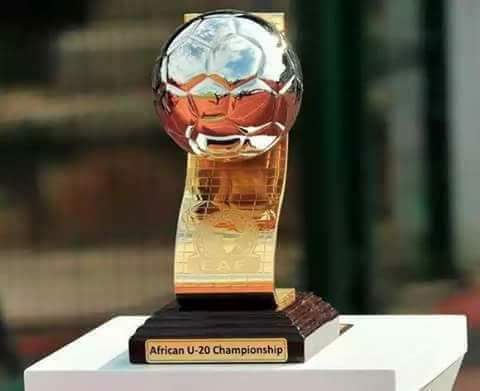 The Zambia Under 20 national soccer team have emerged victorious after beating Senegal 2 – 0 in a crushing final encounter played at the Heroes Stadium on Sunday.

Patson Daka and Edward Chilufya capitalised on first half goalkeeping errors by Lamine to see off a determined Senegal side and ensure that the trophy remained with the host nation.

The match did not end without drama, the Senegalese resorted to scare tactics by throwing objects purported to be “juju” on the football pitch, a move that incensed the home side and the fans alike, prompting match officials to halt play on two occasions.

But in the end, Junior Chipolopolo coach Beston Chambeshi and his squad prevailed as they finished the competition with a 100% record.

Both teams went into the final without defeat in the competition with Senegal’s unbeaten run at this level going as far back as October, 2015. Senegal were making their second straight appearance in the final while Zambia were appearing at this stage for the first time in their history.

Senegal had the better of the opening exchanges and had the game’s first chance after in the 8th minute, with an unmarked Ibrahima Ndiaye shooting tamely at Mangani Banda in the Zambia goal.

But the hosts soon settled and took the lead in the 16th minute thanks to some horrendous goalkeeping from Senegal’s Lamine Sarr.

Fashion Sakala sent in a harmless looking low cross which Sarr made a mess of and Daka reacted instinctively to poke home the loose ball.

The hosts doubled the lead 10 minutes before halftime and it was again due to questionable goalkeeping from Sarr.

The goalkeeper left his position to make what appeared to be a routine clearance but the ball rebounded off an onrushing Chilufya and drifted into the unguarded net to give the hosts a comfortable lead going into halftime.

The Junior Chipolopolo started the second stanza on the offensive, with player-of-the-tournament Daka almost getting his second seven minutes after the restart but saw his lob over Sarr cleared off the line.

Sensing defeat, the Senegalese resorted to some unsportsmanlike conduct, brandishing objects purported to be juju in a bid to unnerve their opponents. These antics prompted the officials to momentarily stop the match on two occasions as tempers on the pitch threatened to boil over.

Buoyed by the vociferous home support, Zambia held firm and repelled waves of late Senegalese attacks to scoop the trophy and send the capacity crowd that included Republican President Edgar Lungu into delirium.

All four semi-finalists have automatically qualified for the 2017 FIFA U-20 World Cup to be hosted in Korea Republic from 20 May to 11 June.

The draw for the FIFA U-20 World Cup will be conducted on Wednesday, March 15.

NIGERIAN MUSICIAN, Tekno, 26, has been arrested for dancing with "half-naked" women in a truck in the commercial capital, Lagos. The vehicle had glass sides...