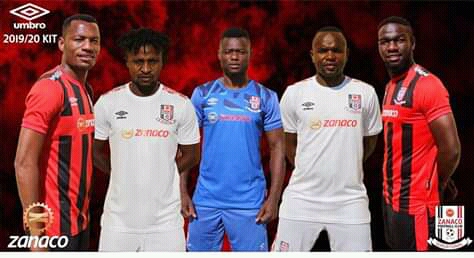 Speaking in an interview, Chilufya said his lads have behind the loss and are looking forward to today’s encounter.

“Losing the first game was not good, but this game is very crucial, we need to win to lift three points in our bag before we go to face Bolton away in Mauritius,” Chilufya said

Chilufya said Eagles have done well so far in their three competitive games, playing two in the Champions League against Orlando Pirates whom they eliminated in the preliminary round and Kabwe Warriors who they drew against in Week One of the Super League in Choma at the Independence Stadium.

“Looking at what Eagles have done, it will give you pressure because they have done very well,” Chilufya said.

Chilufya said that the technical bench will take the pressure and help relieve the pressure from the players by telling them to focus on the match against Green Eagles.

“The technical bench is absorbing the pressure not to give it to the players. The players we are telling them it’s the competition that we should do,” Chilufya said, “ We are telling them not to look at what Eagles have done and not to look at the loss against Zesco, it is a different ball game. We just have to prepare ourselves and make sure that we win the game,” he added.

Zanaco will be without influential attacking midfielder Mousa Soulemanou who sustained an injury last weekend against Zesco United and Chilufya said the team has depth and cover for one of their players who has been under observation.

Chilufya has since declared his lads ready for the match against the Kawale Boys tomorrow. He further says that the morale in the camp was high ahead of their Week Two brought forward encounter to be played in Lusaka.

“We started preparing the team and encouraging them, bringing back the morale. The players adapted to it and now there’s too much morale in the camp and they are very fit. The team is very ready for the game,” Chilufya revealed.

The match has been brought forward owing to the fact that both the Bankers and the Kawale Boys will be engaged in CAF Confederation and Champions League respectively on the weekend of 14-15 September. Green Eagles will host Primeiro De Agosto of Angola on Saturday in Lusaka while Zanaco will be away in Mauritius to take on Bolton Youth Club.