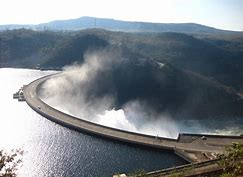 The water levels at the Kariba dam have risen by 67 centimeters between January 1st and March 27th 2020.

In a press statement, Zambezi River Authority (ZRA) Chief Executive Munyaradzi Munodawafa attributed the rise to the improvement in the inflows of water from the upper Kariba catchment.

The authority has 14 gauging stations located within the Kariba catchment and among these are the Chavuma and the Victoria Falls gauging stations which are key in the monitoring of inflows into the lake Kariba,

Mr. Munodawafa said as of March 27th, 2020, the recorded levels at Lake Kariba was 477.64 metres or 9.63 billion cubic metres (BCM), signifying a 14.86 percent of usable storage of water, with the lake being two metres above the minimum operating level (MOL).

The recorded volume of stored usable water is however, 60 percent lower than that recorded on the same date last year at a lake level of 480.73 metres, with 24.16 BCM or 37.28 percent usable storage with the lake being five metres above the MOL,

Mr. Munodawafa also explained that the below average inflow recorded under the 2019/2020 rainfall season accounts for the low water levels that continue to be recorded at the Kariba.

During the period October 2019 to mid-March 2020, the total inflow of water into the Lake stood at 10.54 BCM when the historical average for this period is no less than 14.39BCM,

The Chief Executive further explained that the authority has allocated 22 billion cubic metres to be shared equally between the power stations at Kariba, effectively limiting the combined power generation output to an average 550 megawatts.

The authority has maintained this water allocation for the remainder of the 2020 period in the wake of the below average lake inflows under the 2019/2020 rainfall season in an effort to ensure buildup of the reservoir storage,

He added that the authority will continue to monitor the hydrological situation in the Kariba catchment and water levels at the Kariba dam and keep the public accordingly informed.