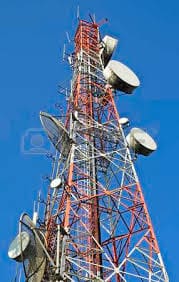 Government says all is set for the planned construction of about 84 communication towers in all districts of Western province.

In an interview, Minister of Transport and Communications Brian Mushimba said government is committed to ensuring that communication towers are erected in the province to enhance communication especially among farmers accessing farming inputs through Farmer’s Input Support program (FISP) in the region.

Mr Mushimba said it is vital that farmers in the province utilise the facilities while accessing their inputs as the country is taking a new turn of embracing various technologies so that people are not inconvenienced.

“The mobile network services available should encourage as many people as possible to use E- commence in their day to day transactions,” he stated.

Mr Mushimba also said the communication towers will facilitate quick response by government to disasters especially in areas prone to floods and any other natural occurrences requiring its intervention.

The Minister said once the erection of the towers is complete, people will be able to make business transactions from the comfort of their homes.

He on a different note stated that President Edgar Lungu is committed to ensuring that there is proper development of water vessels in the water bodies across the country.

Mr Mushimba said many lives are being lost in the country as people are still resorting to using unconventional modes of water transport to the detriment of their lives.

“A holistic approach is being sought in order to rehabilitate and open up modern water harbour facilities in Western, Southern and Luapula provinces to enhance private sector participation in the Maritime activities,” he explained.

He added that the Inland Water Authority has started investing in the improvement of standard water vessels adding that the water sector has the capacity of changing the economy of the country.

Once the water sector is fully resuscitated, it will decongest the road sector, said Mr. Mushimba.

And Economist Yusuf Dodia has said the erection of towers in the region will make people become enlightened and enable them to make informed decisions.

He said they can acquire information concerning animal husbandry and be able to know the weather focus to help plan for planting their crops.

Mr Dodia said towers will add value to the communication sector as the locals will have access to internet facilities among many benefits.