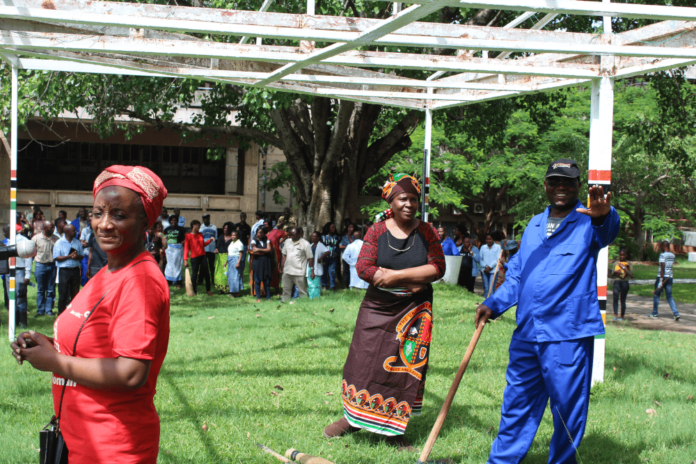 UNZACIVEA President, Reuben Sapetulu, explained that the extension was in a bid to achieve their goal of promoting good governance through participation and community involvement.

“Cleaning Kwamwala is one thing that can be done by us students as well as Kamwala residents in keeping the environment clean, instead of waiting for other people to initiate the process,” Sapetulu said.

He said that people in the society should realize that UNZA students were committed and fully concerned about the environment.

Mr. Sapetulu further said that the campaign would also impact people’s perception about the university commitment to environmental protection.

He noted that Kwabwala market was just a starting point for the campaign as it will permeate to other markets.

Mr. Sapetulu explained that the cleaning campaign would also be carried out at UNZA, upon receipt of a go-ahead from Lusaka City Council (LCC).