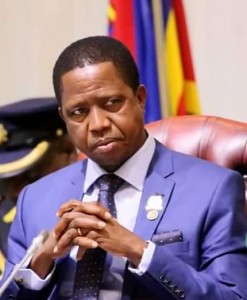 Central Province PS Chanda Kabwe on the other hand is the new National coordinator for Disaster Management and Mitigation Unit (DMMU) under the office of the Vice President taking over from Ms Yande Mwape who becomes PS at Ministry of Chiefs and Traditional Affairs.

The PS at the Ministry of General Education Dr Felix Phiri goes to Luapula province in the same capacity while taking over from Dr Buleti Nsemukila who goes to the Eastern Province as PS.

Meanwhile Mr Micheal Pwete the Ministry of Chiefs and Traditional Affairs PS and Mr Geoffrey Malama Ministry of Information and Broadcasting Services PS as well as Mr Ephraim Mateyo the PS for North Western Province’s contracts have not been renewed.

And Mr Kasolo, the newly appointed Information and Broadcasting PS has said he is delighted with the news and has promised to serve the people of Zambia even better.

“I am delighted by the appointment because it means my hard work has been recognized and I will not let the people of Zambia down,” he said.

Atlas Mara Bank has set out to open a branch in Zambezi district during the North-West Exposition and Likumbi Lya Mize traditional ceremony slated...