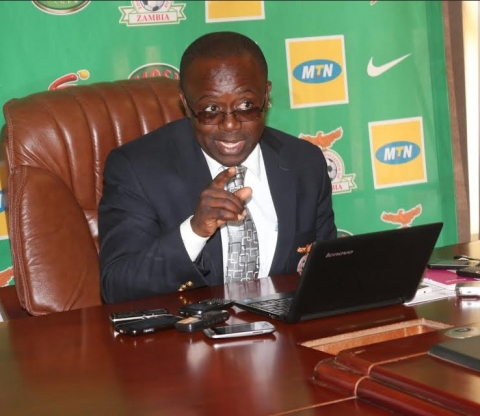 Kasengele served as FAZ General Secretary from 2008 to 2016, including when Zambia won the 2013 Senior COSAFA Cup.

In an interview, Tembwe also  said that it was under the tenure of Kasengele as FAZ General Secretary that all national teams under FAZ managed to qualify to their respective AFCON tournaments.

Tembwe further  added that the late former FAZ General Secretary was an iconic figure who remained a depository of football even after leaving Football House.

kasengele’s death is a huge loss to the Zambian soccer world as he has left a legacy that is not comparable,

Despite him (kasengele) leaving FAZ ,he remained an oasis of information on Zambian football.

Tembwe has since challenged Zambians to honour kasengele’s legacy, and ensure that the Zambia Senior National team qualify  to the FIFA World Cup tournament.

kasengele, who was affectionately  known as GK in football circles,  died on Friday at the University Teaching Hospital (UTH) after an illness.The family is yet to announce burial arrangements.

I am... I am not going to talk about the earth that birthed me And spin long cliches about mother Africa and her bosom caressing me. I...