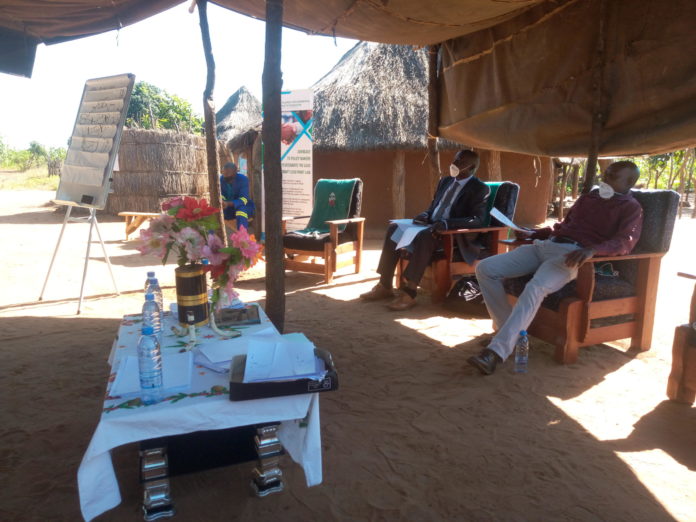 The Children’s Environmental Health Foundation (CEHF) has expressed concern over the open defecation behaviours in Kazungula District of Southern Province.

Speaking in an interview with CEHF Chairman General Michael Musenga stated that there was a serious concern in Kazungula District about open defecation and that it needed serious intervention from both private and public stakeholders.

He said it was quite interesting to observe that when it came to Community-Led Total Sanitation (CLTS), Kazungula District had been at it since 2012 and has had vast knowledge in the CLTS program but did not deliver the messages about an Open Defecation Free Zambia.

“I appeal to the Kazungula Water, Sanitation and Health Education (DWASHE) committee to reactivate all community Lead Total Sanitation activities in the district to attain Open Defecation Free (ODF) Status,” he stated.

Mr Musenga said that the communities were very willing to change their attitude towards good sanitation and hygiene practices but needed frequent follow-ups by the District DWASHE team.

He was speaking during an orientation workshop held in Muchinga and Mutonga villages of Kazungula District on Open Defecation Free society, sanitation and the government policy that governs it.

Mr Musenga had noted that the community’s defective boreholes could easily be repaired and help them carry out their day-to-day activities.

Meanwhile, he reminded the communities in Kazungula that the country had an ambitious campaign of leaving no one behind in its development agenda as outlined in the Vision 2030 and the 7th National Development Plan and that the agenda included ending Open Defecation.

“As of 2018, more than 25 percent of our population in rural areas still have no access to sanitation facilities with a disproportionately high rate of Open Defecation in some Provinces. The sustainable Development Goals (SDGs) set an even more ambitious vision to achieve universal access to “safely managed” water, sanitation, and hygiene,” he explained.

Mr Musenga stated that every Zambian citizen deserved a decent toilet to survive and thrive which was important especially in times of economic prosperity where the country had been declared as a middle-income country.

“In Zambia, water and sanitation are recognized as a human need. It is a necessity for health, nutrition, education, and other outcomes especially for children and those who are most deprived of it. Girls, women, people with disabilities and those living with HIV/AIDS are particularly affected by poor sanitation,” he expressed.

The CEHF Chairman General concluded that the purpose of the ODF Zambia 2030 National Strategy was to guide the nation to end Open Defecation by all by paying special attention to the needs of women and girls and those in vulnerable situations.

He said that this would, in turn, create a sustainable culture of an Open Defecation Free environment at the household level, in learning institutions, health care facilities and public spaces.

Mr Musenga stated the following as some of the solutions to open defecation in the district:

KCM will continue helping in the conservation of resources in line with the company’s safety, health and environmental policy. Konkola Copper Mines (KCM)...